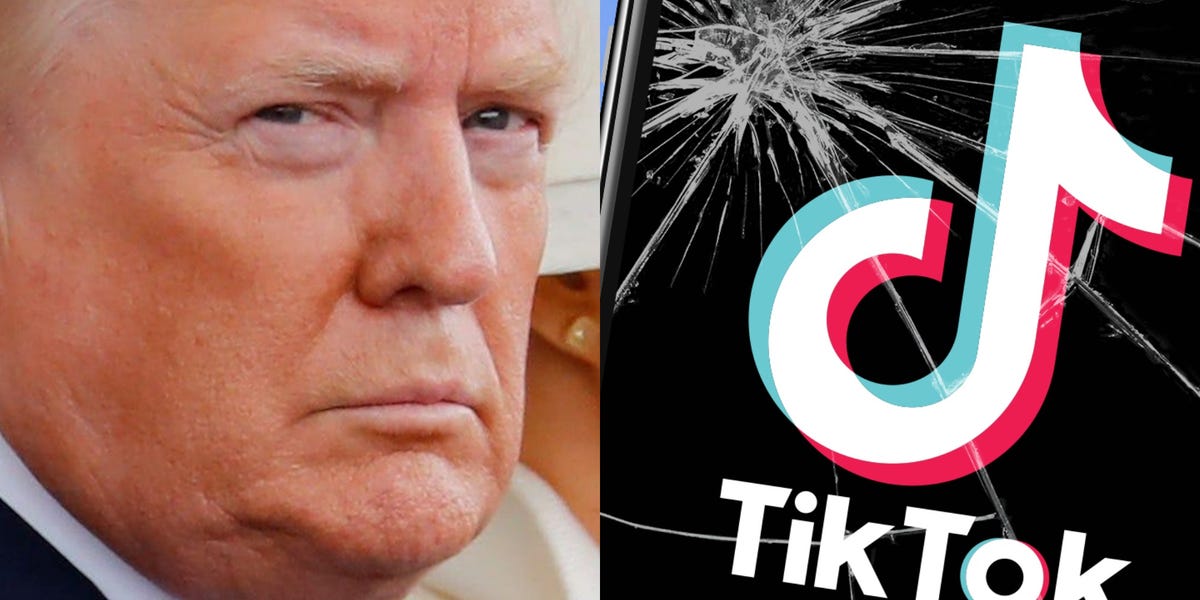 Several weeks ago the unthinkable happened: My squash teammate and rising TikTok sensation lost access to her account after India banned the wildly popular app.

After four months shut up in her Mumbai apartment to avoid the COVID-19 outbreak, TikTok had become a respite from the chaos wrought by COVID-19 for herself and for her stir-crazy fans, myself included.

An American SIM card saved her from social media irrelevance, but the incident is one example of the larger issue of China’s record on user data privacy, not to mention the potential for great powers to wield such technology to geopolitical ends.

The potential acquisition of TikTok’s operations in the US — Microsoft and Oracle are reportedly interested in a purchase — offers a band-aid solution by reconfiguring the foreign-based social media platform into a domestic one, but it also indicates a missed opportunity to address glaring deficiencies in global data privacy governance.

Instead of forcing a sale to an American company, the US should use TikTok as a test case to establish clear, global norms around data privacy governance — and it should do it while it has everyone’s attention.

A battleground in the new Tech Wars

TikTok took the American teenage market by storm after merging with its US forerunner, Musical.ly, in 2018. However, any “Zoomer”—a member of my tech-savvy generation born in the late 1990s and early 2000s—will tell you that TikTok filled the cultural void left by Vine when Twitter discontinued the app in 2016.

The key difference — TikTok falls under its Chinese parent company ByteDance, making it the first Chinese-owned social media app to succeed to this degree in the US. And not only has it succeeded, but take my word as a Zoomer that it has fundamentally impacted American culture. Look no further than Drake’s new album featuring 15-second choruses that loop together perfectly in a TikTok video — his “Toosie Slide” was an almost instant hit.

However, as the US and China enter what some have dubbed the “Tech Cold War,” the battle over TikTok’s treatment of user data highlights the massive void of global data privacy governance.

While the fight over TikTok has simmered for awhile, Trump took the the role of the aggressor in early August when he signed an executive order that would ban TikTok unless it sells its American operations to a US firm. And while ByteDance is discussing such a TikTok sale with US firms, the company is also suing to stop the order to shut down.

An acquisition of TikTok’s US operations would be a temporary reprieve for both Trump and ByteDance, but it would still leave the world without any semblance of an international order to regulate what is now the Wild West of global data governance. Experts have pointed out that TikTok’s data collection is no more worrisome than data collection strategies employed by American social media giants like Facebook, but there is still good reason for the US to pay attention to TikTok.

Despite Trump’s focus on China’s impact on US manufacturing jobs, the country has recently been more focused on investment into artificial intelligence (AI) and surveillance technology.  The government has weaponized this AI to identify and subjugate more than a million ethnic Uighurs in Xinjiang re-education camps and created a vast surveillance system that uses facial recognition technology to track citizens’ behavior, determining every individual’s “social credit score” that affects everything from their access to loans to their ability to travel.

An authoritarian government that is willing to violate these basic ideas of privacy and decency should not be allowed to dictate global data privacy norms. Given these concerns, the US needs to confront China’s attempts to lead the future of tech — from AI to data collection — and in turn counter Beijing’s push to dominate the future of the global economy.

So while the current fight over the wildly popular TikTok is just one battle, it is also a chance for the US to counter China and take the lead on crafting international data privacy norms that will dictate the direction of tech for decades to come.

Rather than forcing a sale — a short-term solution — the US should test a strategy of exporting regulation in a manner not unlike what London School of Economics’ economists have termed the “California Effect.”

The effect describes the result of one market’s high regulatory standards incentivizing firms to adopt similar standards in all markets in order to standardize their production.

In fact, we saw a similar phenomenon out of Brussels, in which EU standards compelled American firms like Google to amend their data privacy practices in order to gain access to the European consumer market. For the sake of streamlining their production process, Google now follows the same rules in the United States. Given the size of the American consumer market, Congress could easily export such regulatory policies to China in a similar fashion.

Instead of merely celebrating a potential acquisition by an American company, the US should use TikTok as a guinea pig to test a global data governance framework that adopts and builds on ideas like those from Brussels.

Such international standards would not only foster a more constructive approach to Chinese economic and security challenges, but it might also save influencers from the US to India from suffering a ban on the next TikTok to come out of China.