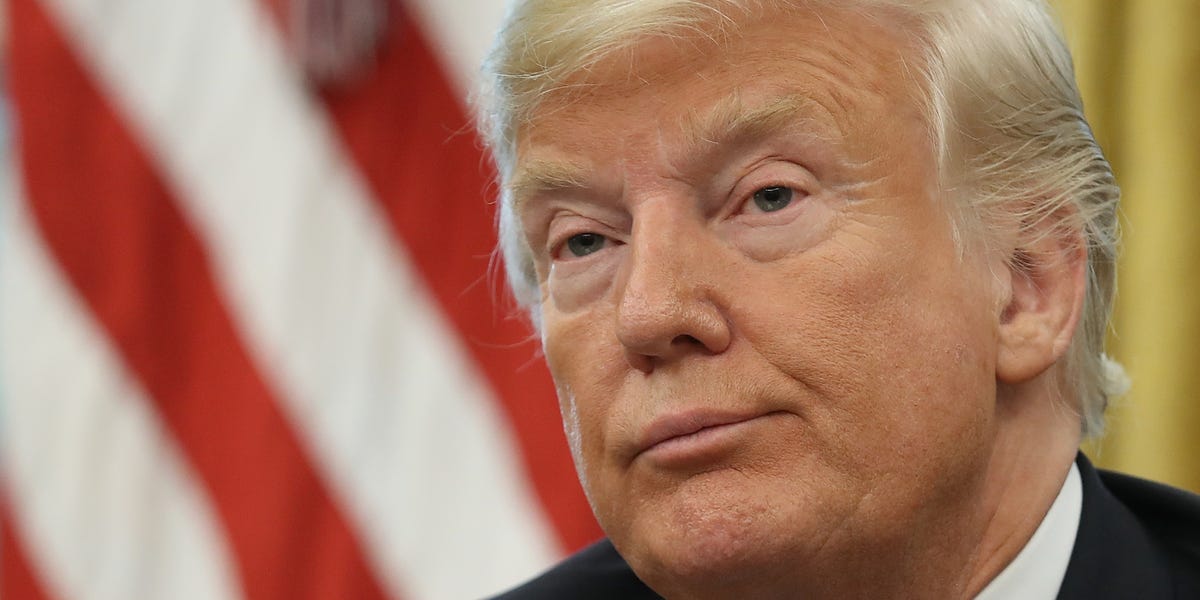 Hello, everyone! Welcome to the new edition of Insider Today. Please sign up here.

QUOTE OF THE DAY

“Advancing their anti-Christian, anti-conservative, anti-Donald Trump narrative was all that mattered.” — Kentucky high school student Nicholas Sandmann, in an RNC speech attacking the media for its coverage of his 2019 encounter with a Native American protester on the National Mall.

The RNC continues Wednesday with VP Pence’s acceptance speech at Ft. McHenry. Tuesday night featured endless Hatch Act violations, Trump’s naturalization and pardoning stunts, a well received Melania Trump speech, and Republicans referring to the pandemic in the past tense on a day more than 1,000 Americans were killed by COVID.

At least two people were killed in Kenosha, Wisc. unrest. Hundreds have taken to the streets to protest the shooting of Jacob Blake. Protesters have burned businesses, and a confrontation between demonstrators and armed counterprotesters turned violent, with two dead and one injured.

VIEWS OF THE DAY

The boundless vanity of Trump’s convention — and what it misses about the presidency.

During the 2016 Republican convention, nominee Donald Trump looked at America and famously declared, “I alone can fix it.”

Narcissists are wonderfully predictable, so it is no wonder that the theme of the 2020 RNC is also, “I alone can fix it.” Every speaker personalizes their praise of Trump. It is Trump who sped up FDA regulators, saving me from cancer. It is Trump who protects my streets when Black Marxists march on it. It is Trump who lowered my taxes.

The convention stunts reinforce this Trump fetishism. Former hostages have been enlisted to slavishly thank the president for rescuing them (as if rescuing Americans isn’t the job of any president.) A reformed bank robber was pulled on to national TV to be pardoned by Trump, as though the great accomplishment there was Trump pardoning him, not John Ponder doing so much to help others. Trump orchestrated a White House naturalization ceremony for immigrants, as though his personal benediction was allowing them to become American, not their own persistence.

God knows there was plenty of Reagan-worship and Obama-mania. But Trump has taken presidential vanity to a horrid extreme. He has made the Republican Party a projection of himself, and centralized all attention.

What’s so screwy about this politics-as-idolatry is that it’s antithetical to how we all know the world works. To hear RNC speakers tell it, any good thing that happened in the past four years happened because Trump personally did it. Yet you only need to spend about 15 minutes in any job to realize that everyone is replaceable. (As Charles de Gaulle, a fine narcissist himself, put it: “The cemeteries are filled with indispensable men.”)

This is especially true in any large institution, where the grand armature of tradition, bureaucracy, and systems allow stuff to get done, regardless of who is at the top of the org chart. Trump didn’t rescue those hostages: A vast government apparatus, experts in the defense and state departments, connections built for decades between governments — that’s what rescued the hostages.

Consider Trump’s two signature accomplishments as president: the confirmation of hundreds of judges and the tax cut. The judges got through because a well-funded, well-organized conservative network has been training and grooming and making lists of judicial candidates for decades; and because a massive concerted effort has been made to solidify the Republican majority in the Senate. Trump signed the papers, but decades of work and institutional planning made it possible.

Similarly, the tax cut was not the product of Trump’s genius, but of the maneuvering and planning of hundreds of lobbyists and Republican interest groups that had been waiting for a window with full Republican control of Congress and the White House.

If anything, the occasions when Trump has been most personally involved have been most disastrous for the party and the country. The COVID response would have been much better left in the hands of experts and bureaucrats. His personalized diplomacy with thuggish dictators has emboldened Russian President Putin and allowed Turkish President Erdogan to crush our longtime Kurdish allies.

The truth is that any person thrust into the job of president would likely do it fine — better than Trump in some ways, worse in others, but on balance, fine. Structures exist to enable to anyone to do the job. And any Republican would have gotten the same judges through and the same tax cuts passed.

He is not special, and don’t let the RNC worship convince you otherwise. — DP

He came onto the political scene in 2015 making the supposedly violent scourge of illegal immigration his campaign’s bête noire.

One of them was a man originally from Ghana, which is among the African countries Trump referred to as a “shithole.” He said this in a meeting with senators, and juxtaposed such immigrants with ones he’d prefer to have coming to America, from places like Norway.

The whole ceremony — which may have been an illegal use of a public building to stage political campaign stunt — was classic Trump. It was a flagrant troll job, a sick joke, and it used innocent people as pawns in an attempt to demonstrate his false benevolence.

It’s hardly surprising, but Trump’s earlier posture about “illegals” was a mere smokescreen for an overt hostility to all immigration.

The US under Trump has admitted the fewest refugees since such data has been recorded — just 18,000 last year. And Trump instituted onerous roadblocks for legal immigration including travel and asylum bans, rejecting immigration paperwork for minor clerical mistakes, and denying Green Cards to legal immigrants who’ve ever used a public welfare benefit.

Trump’s naturalization stunt wasn’t for his base, it was a bird-flip to his staunch detractors. It was the RNC version of his infamous 2016 tweet where he celebrated Cinco de Mayo with a photo of him hovering over a taco bowl from his Trump Grill — which Vanity Fair called possibly the worst restaurant in America.  — Anthony Fisher

It’s important to talk about how the Evangelicals got here

Evangelical leader Jerry Falwell Jr. has stepped down from his lucrative post as head of Liberty University after reports that he was involved in a sexual relationship with his wife and a business partner, Giancarlo Granda, who the couple met when Granda was working as a pool attendant at the Fontainebleau Miami Beach hotel.

Last night at the RNC, one of Billy Graham’s granddaughters, Cissie Graham Lynch, called Donald Trump — a man who used the Bible and an empty church as photo props after having federal police attack peaceful protesters — as a “fierce advocate” for people of faith.

As the good book says in Romans 3:23: For all have sinned and come short of the glory of God. Am I right?

The hypocrisy of these people — leaders of the church — is not lost on all Evangelicals. Another one of Graham’s granddaughters, Jerushah Duford, wrote an essay excoriating Trump after his church stunt saying that she feels “homeless” since the church’s embrace of such a man.

Unfortunately for Duford, the Evangelical movement’s political activity is rooted in the kind of hypocrisy Duford disdains — in the most anti-democratic, illiberal elements of American society. The way the story of their political awakening is told, the Evangelical political movement started with Roe vs. Wade. But that isn’t true. Evangelical interest in abortion didn’t begin until about half a decade after Roe vs. Wade was decided in 1973. In 1971, 1974, and 1976 the Southern Baptist Convention passed resolutions affirming that abortion should be legal.

What galvanized Evangelicals was not abortion, but segregation and tax avoidance. It wasn’t Roe vs. Wade, it was lesser known Green vs. Connally. After schools started to integrate in the late 1960s and early 1970s, many white Evangelicals started sending their kids to tax-exempt private religious schools. A group of black families in Holmes County, Mississippi thought that tax exempt status was unfair and sued to have it removed. They took it all the way up to the Supreme Court, and they won.

The loss of segregated private schools galvanized Christians leaders like Jerry Falwell Sr., who eventually started the political organization The Moral Majority in 1979. He did so with the help of a conservative activist named Paul Weyrich. Weyrich was trying to expand the GOP base, and he linked Evangelicals up with anti-abortion advocates who, slowly throughout the 1970s, convinced Evangelicals to join them on the abortion issue.

But again, abortion isn’t what got us here. It was racism and taxes. So it makes sense when you hear Graham’s granddaughter, Cissie Graham Lynch, at the RNC saying:

“The Biden-Harris vision for America leaves no room for people of faith. Whether you’re a baker, a florist, or a football coach, they will force the choice between being obedient to God, or to Caesar…because the radical Left’s god is government power.”

The story of Evangelical political activity is one of a Church in conflict with the teachings of its Messiah, Jesus Christ. He told his followers to pay taxes as the Romans instructed, to obey the rules of the emperor — “To render unto Caesar the things that are Caesar’s, and unto God the things that are God’s.” In the 1970s Evangelicals decided they had a problem with that, and now we’re here. — Linette Lopez

A “complete petering out” of economic growth. Former Fed chief Yellen says the loss of relief checks and extra unemployment benefits is catastrophic, and the economy needs more than $1 trillion in stimulus to avoid a longer recession.

The World Economic Forum has been rescheduled for early next summer. Because of the pandemic, obviously. Pity the poor Davos crowd, who will have to make through the whole winter without jetting off to Switzerland.

Apple is opening a floating store in Singapore. It’s shaped like a giant sphere.

A Florida police officer’s wife died when she got stuck in the scorching back seat of his cop car. Her husband was napping, and she got locked into the car in 92 degree heat.

Suburban women are mobilizing against Trump. He’s been targeting what he calls  “suburban housewives,” but many women who voted for him in 2016 are now working to defeat him.

*The most popular stories on Insider today.