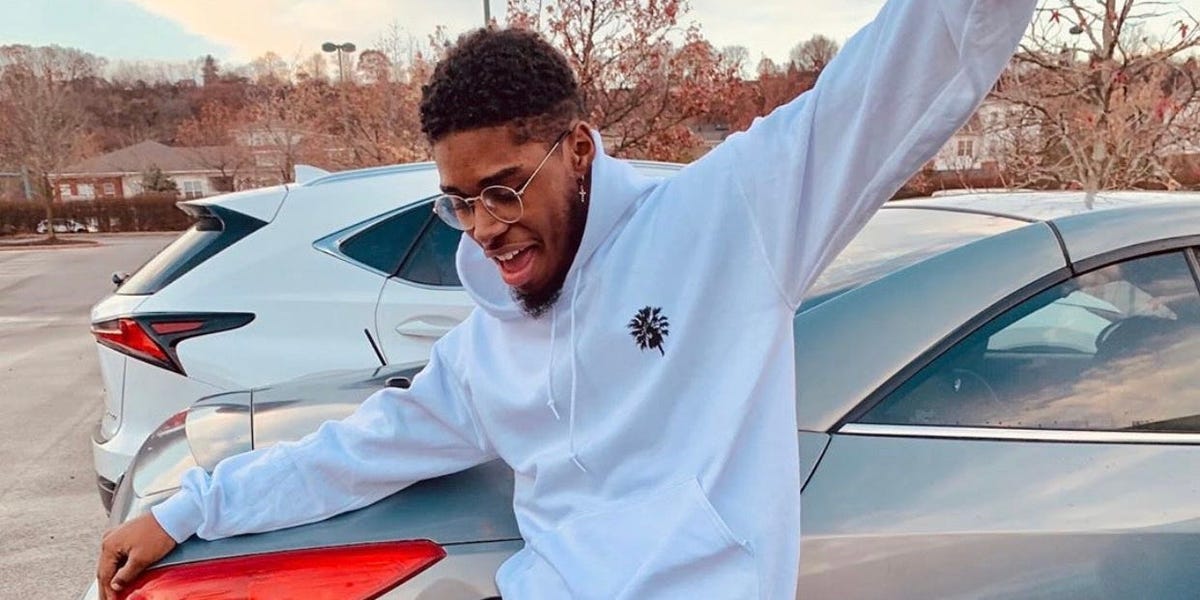 When TikTok announced it was rolling out a $1 billion fund for creators in July, the company’s general manager Vanessa Pappas said its goal was to support users who are seeking opportunities to “foster a livelihood” as content creators.

The company’s decision to pay its users directly arrived as part of a broader push to compete with platforms like YouTube, which shares a portion of ad revenue with creators, and Instagram, which has yet to offer any direct form of monetization outside IGTV.

But a few weeks into the program’s launch, some creators who qualified for the fund told Business Insider that they’re earning just a few dollars a day for videos that have generated tens of thousands of views.

“I lost my job during COVID,” said Victory Rhyder, a TikToker with about 70,000 followers who was working as a creative director for a merchandise company. “During the pandemic, I was like, ‘Hm, let’s give TikTok another shot.’ Once I hit about 30,000 followers, that’s when things started taking off.”

Between August 18 and 22, Rhyder earned an average of $2.89 per day through the Creator Fund, amounting to roughly $0.04 for every 1,000 video views generated during that period, according to screenshots of the creator’s analytics dashboard viewed by Business Insider.

How much creators are earning from the program has become a topic of conversation in TikTok videos and the app’s comments sections.

Since the company opened up access to its fund to US creators who are 18 years or older, have 10,000 followers, and at least 10,000 video views in a 30-day window, many of its users have begun posting green-screen videos showing how much they’ve been paid by the platform. Videos with the hashtag #CreatorFund have been viewed over 17 million times on the app.

“I could not have this be my only source of income,” said Jillian Butler, a TikTok fund participant who recently posted a video of her earnings balance to 442,000 followers on the app. Butler, 19, is a college student and said she doesn’t rely on TikTok to support herself.

“For me, it’s just fun,” she said. “I’m going to post regardless of if they pay me or not, so it’s just kind of fun that I’m making a little bit.”

She said she was making only a few dollars a day from the program.

TikTok creators appear to be earning less than their YouTube counterparts

While TikTok’s decision to pay its creators directly could help the company engender loyalty as competitors like Instagram seek to court its talent, its first payments to creators appear to be much lower than what its competitor YouTube offers users with comparable audience sizes and video-view counts.

YouTubers can earn thousands of dollars a month directly from the ads that play in their videos. The rate they get paid per view varies based on factors like audience demographic and content topic.

The path for YouTube to share advertising revenue with its users is more straightforward, however. Its pre-roll, midroll, and post-roll ads are easier to tie back to a particular creator’s posts than TikTok’s ad formats, which focus on splashy landing-page takeovers and in-stream placements on its “For You” content-recommendation page.

TikTok did not immediately respond to a request for comment on the average rate it’s been paying creators for every thousand views their videos generate.

The platform doesn’t rely solely on views for determining the price it pays fund participants. Its payments to influencers are dynamic and depend on a variety of factors, including the region in which a creator’s videos are viewed, their videos’ “authenticity and engagement,” their adherence to TikTok’s community guidelines and terms of services, and the total number of participants in the Creator Fund.

‘If you want to make money, you should find other ways’

While TikTok offers its users other paths to monetization, including a “virtual gifts” feature for livestreams and a creator marketplace to help connect brands with influencers, its top creators have largely turned to alternative revenue streams like paid song integrations, brand deals, app marketing, and merchandise sales to make money.

And since the company has been paying some users effective RPMs (rates per thousand views) in the pennies at launch, it seems likely that TikTok creators will need to continue to turn to other sources of income outside the Creator Fund if they hope to support themselves as full-time influencers.

TikTok creator Kyd Mike, who has over 900,000 followers on the app, earned $119.87 from TikTok’s Creator Fund between August 18 and 22, averaging $23.97 in earnings per day. His videos posted during that period have generated millions of views.

“Right now I’m becoming more of a full-time creator,” he said. “This is what I want to do with my career.”

Kyd Mike said he doesn’t rely on the new TikTok Creator Fund for income. He’s been focusing on brand deals (he’s promoting a water-bottle company) and is launching his own merchandise line soon, complete with shirts, hoodies, and even throw pillows.

“You should not just focus on one thing,” he said. “If you want to make money, you should find other ways. The Creator Fund can definitely be something worthwhile. It’s nothing dramatic, but at the same time, it’s only been a couple days. It’s definitely a start.”

For more stories on how TikTok users are earning money on the app, check out these other Business Insider posts: