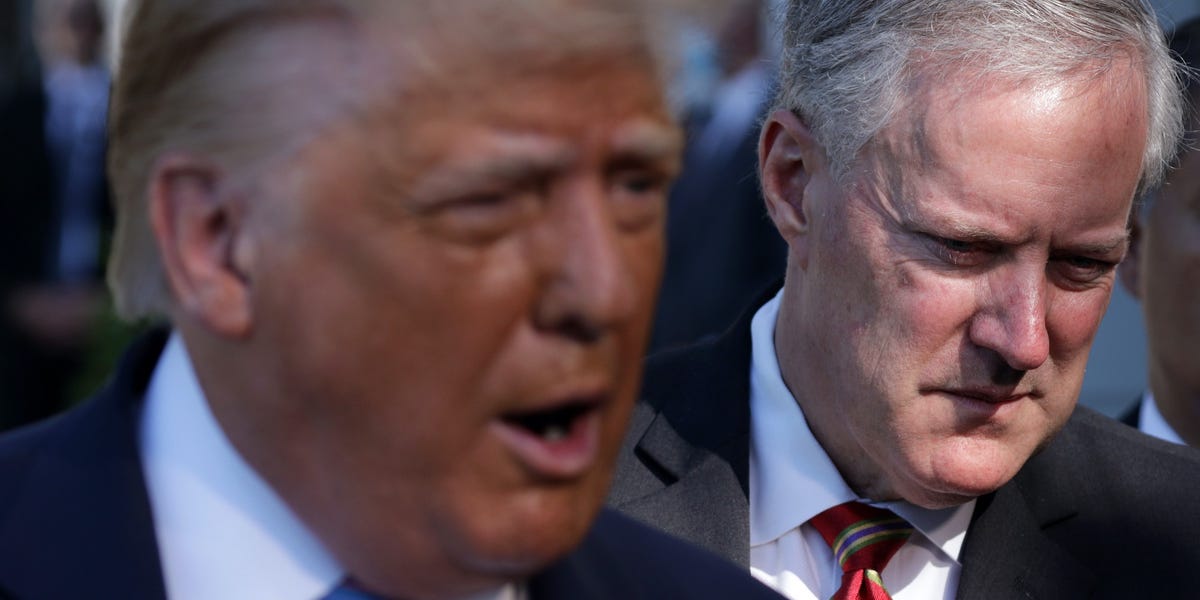 White House Chief of Staff Mark Meadows said in a Politico Live interview the option was on the table if lawmakers don’t design and pass another economic relief package.

“We’ve got four executive actions that actually the president took, we’re going to take a few others,” Meadows said. “Because if Congress is not going to work, this president is going to get to work and solve some problems. So hopefully we can help out the airlines and keep some of those employees from being furloughed.”

Sara Nelson, international president of the Association of Flight Attendants-CWA, wrote on Twitter that Congress needed to step in with additional legislation, and executive orders wouldn’t provide enough aid to shore up battered airlines.

Read more: Stocks are making their most extreme moves in 20 years — and one quant expert warns the COVID-19 crash was a preview of more ‘wild swings’ to come

Under the CARES Act in March, airlines received $50 billion in bailout funds. Half of the aid was conditioned on keeping workers employed through Sept. 30. But the ongoing pandemic has decimated the industry, prompting a steep fall in airline travel and revenues.

Negotiations over another stimulus package between the White House and top congressional Democrats collapsed earlier this month amid fierce disagreements over the amount of federal spending needed to keep the economy afloat.

It led President Donald Trump to sign executive actions to bolster aid to the unemployed as well as enact a payroll-tax holiday. However, the orders have yielded limited relief.

States are slowly implementing a $300 boost in unemployment benefits. Many businesses are also signaling they would keep withholding payroll taxes from workers.