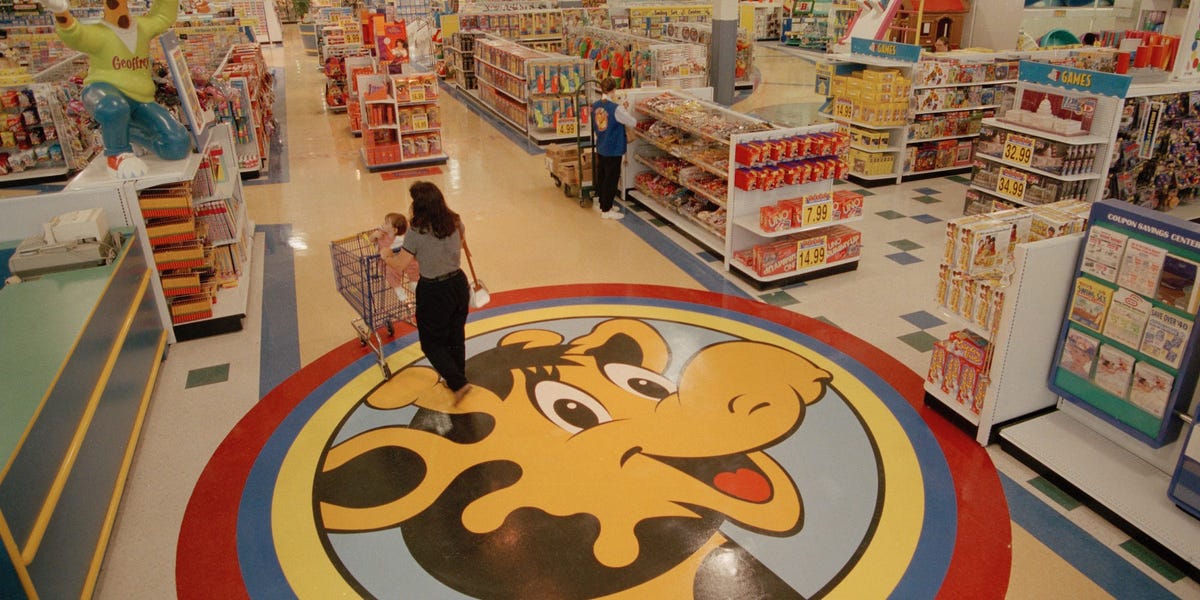 Toys R Us has been trying to make a comeback for the past year.

The beloved toy store seemingly rose from the dead in 2019 after it was purchased by Tru Kids Brands, which has since opened holiday pop-up shops and relaunched a website in the toy retailer’s name.

The revitalization efforts came after Toys R Us filed for chapter 11 bankruptcy in 2017 and — after failing to find a buyer to help refinance the company’s mounting debt — ultimately shuttered and liquidated all 700-plus stores in an emotional farewell.

Though the prognosis for the new Toys R Us remains uncertain, as current pop-up stores don’t actually generate any money for the brand — with toy manufacturers keeping all the profits — and the website only redirecting users to make purchases on Amazon, there’s no denying the company’s decades-long history as a top American toy seller.

After it was founded by Charles Lazarus in 1948, the company flourished by serving children and their families around the country — helping to put some of the most popular toys like Mr. Potato Head and Easy Bake Oven on the map.

We took a closer look at the history of the company over the years.