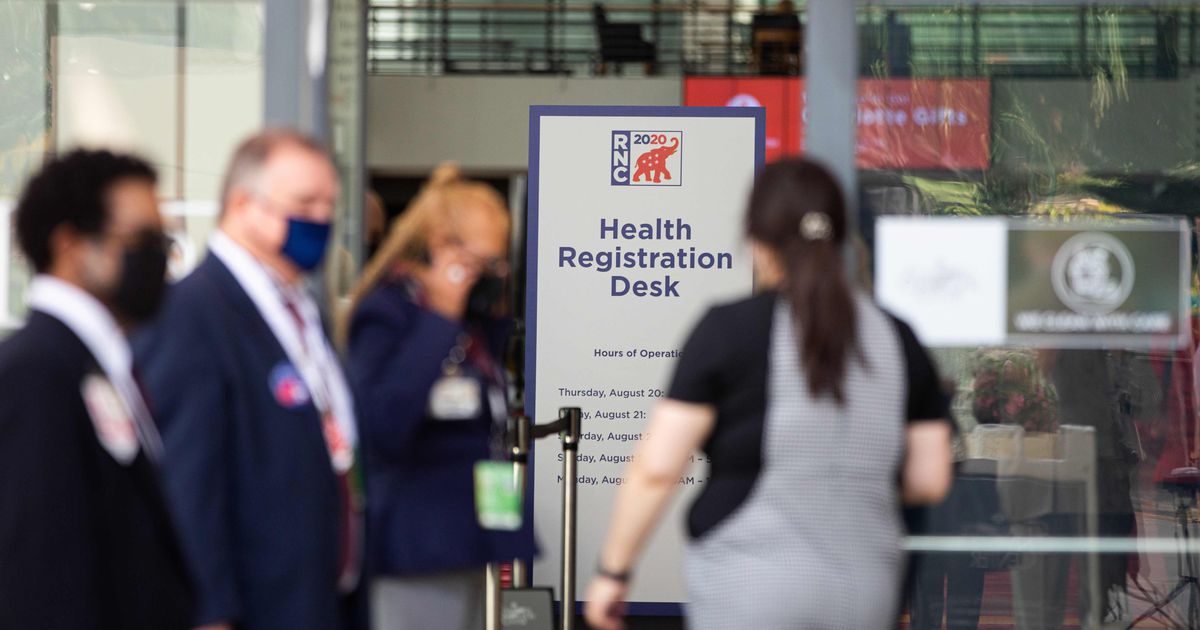 AUSTIN — President Donald Trump will again carry Texas and win re-election because he’s attuned to the fears suburban residents have about crime and Democratic-backed programs that would bring low-income housing to their neighborhoods, Lt. Gov. Dan Patrick said Sunday.

“It doesn’t matter in Fort Bend County or in Collin County if you’re Black, white or brown, if you’re living in the suburbs, they are not in favor of low-income housing being built near and around their neighborhoods,” Patrick said in a phone interview from Charlotte, N.C.

Patrick spoke as the Republican National Committee, which was meeting in Charlotte, was expected Monday afternoon to renominate Trump for a second term.

On Monday night, the GOP kicks off its four-night convention with a prime-time program that follows Democratic presidential nominee Joe Biden and the Democrats’ virtual convention last week.

“This has nothing to do with racism,” said Patrick, who is chairman of Trump’s Texas campaign.

He said the president’s recent attack on federal programs that would bring affordable housing to the suburbs “is an effective message,” along with reassurances to suburbanites that Trump won’t restrict gun rights, defund police departments or go soft on crime.

“I don’t think it’s a dog whistle at all,” Patrick said of Trump’s recent tweets and comments about low-income housing in the suburbs.

“There is no systematic racism” in the U.S., he said, citing the election of former President Barack Obama to two terms.

“A country doesn’t exist with a Black president that has systematic racism because Black Americans are only 13% of the population,” Patrick said. “An awful lot of white people voted for a Black president.”

Patrick said he was “shocked” that Democrats at their virtual convention ignored everyday Americans’ concerns about lawlessness, as protests against police brutality and racism have enveloped many U.S. cities in recent months.

“The Democrats won’t even talk about it,” he said.

“Don’t underestimate the fear that people see when they watch Portland [Ore.] every night – and Seattle and Chicago and Baltimore,” Patrick said. “There is great fear out there.”

Saying more FBI background checks for gun purchases were conducted in June than in any previous month “in history,” Patrick said, “People who buy guns don’t vote for Democrats who are going to take them away.”

“At this time, more than ever, with soccer moms, suburban moms, independent voters that maybe could lean one way or the other, they are very concerned about their safety and the safety of their property if they own businesses,” he said.

“In six months, 12,000 Texans are dead from COVID-19,” Smith said. “Dan Patrick and [Gov.] Greg Abbott’s public safety failures are epic, tragic, unforgivable. They responded to a nutty right-wing rumor that a 2015 U.S. military training project called Jade Helm was an armed invasion of Texas faster than they did the actual invasion by a deadly disease.”

Referring to a housing regulation to combat discriminatory practices, which was issued under Obama and which the Trump administration rescinded in July, Smith said, “Trump’s and Patrick’s housing comments are transparent calls for the resegregation of America. Will drinking fountains once again be divided, one for whites, one for people of color?”

A Reuters/Ipsos poll last month shows white suburban Americans are more worried about the economy and health care than crime.

The “suburban housewife” will be voting for me. They want safety & are thrilled that I ended the long running program where low income housing would invade their neighborhood. Biden would reinstall it, in a bigger form, with Corey Booker in charge! @foxandfriends @MariaBartiromo

On Aug. 12, though, Trump tweeted that “the ‘suburban housewife’ will be voting for me. They want safety & are thrilled that I ended the long running program where low income housing would invade their neighborhood. Biden would reinstall it, in a bigger form.” Trump said New Jersey Democratic Sen. Cory Booker, a Black American whose first name the president misspelled, would “be in charge.”

Last week, at a White House event to mark the 100th anniversary of the ratification of the constitutional amendment granting women the right to vote, Trump defended his appeals to suburban women, saying people living in safe, peaceful neighborhoods “don’t want to have people coming in and forcing low-income housing down their throats.”

Patrick said more Americans trust Trump on the economy and taxes than trust Biden. On COVID-19, he said Trump “did a terrific job.”

“The reason I am absolutely confident that he will win is just look at the policy issues,” Patrick said.

Patrick, who has predicted Trump would expand on his 9-point win over Hillary Clinton in Texas four years ago, warned that Biden would harm Texas’ oil and gas industry, promote “an open border” and “appoint” former El Paso Democratic U.S. Rep. Beto O’Rourke “to take away guns from Americans.”

In Charlotte, the RNC adopted party rules, a platform and tended to other party business. Patrick led a six-person Texas delegation that took part in the deliberations after Gov. Greg Abbott, who normally would head the delegation, begged off, citing COVID-19 duties.

Patrick said that from what he’s hearing in Charlotte from GOP officials in swing states, Trump is “in great shape.”

Trump and the party likely won’t devote huge resources to Texas because the real competition is in other up-for-grabs states in the South, as well as traditional Midwestern battle grounds, he said.

“They’re not being Pollyanna,” he said of colleagues in Charlotte. “They really believe that he’s going to win North Carolina and Pennsylvania and Michigan and Florida and Georgia. We have the biggest ground game in the history of the Republican Party — or Democrat Party — potentially ever.”

Support for Trump is understated by as much as “4 to 6 [percentage] points” because some poll respondents who back the president are “sandbagging” pollsters, he said.

“There’s some people — maybe they’re afraid, you know, someone’s going to report them in some way and they’re concerned that someone is going to criticize them or something, and their business,” Patrick said.

Patrick alluded to fears about potential problems with expanding mail-in balloting in states that haven’t done it on a large scale — fears amplified by GOP strategist Karl Rove on Fox News Sunday.

“The only way Trump loses those swing states is if they steal it — and I really mean that — through mail-in ballots,” Patrick said.

2020-08-24
Previous Post: Nigeria’s economy contracts by 6.1% y/y in Q2 – stats office
Next Post: Why Smart Money Will Ignore The Election And Pay Attention To This