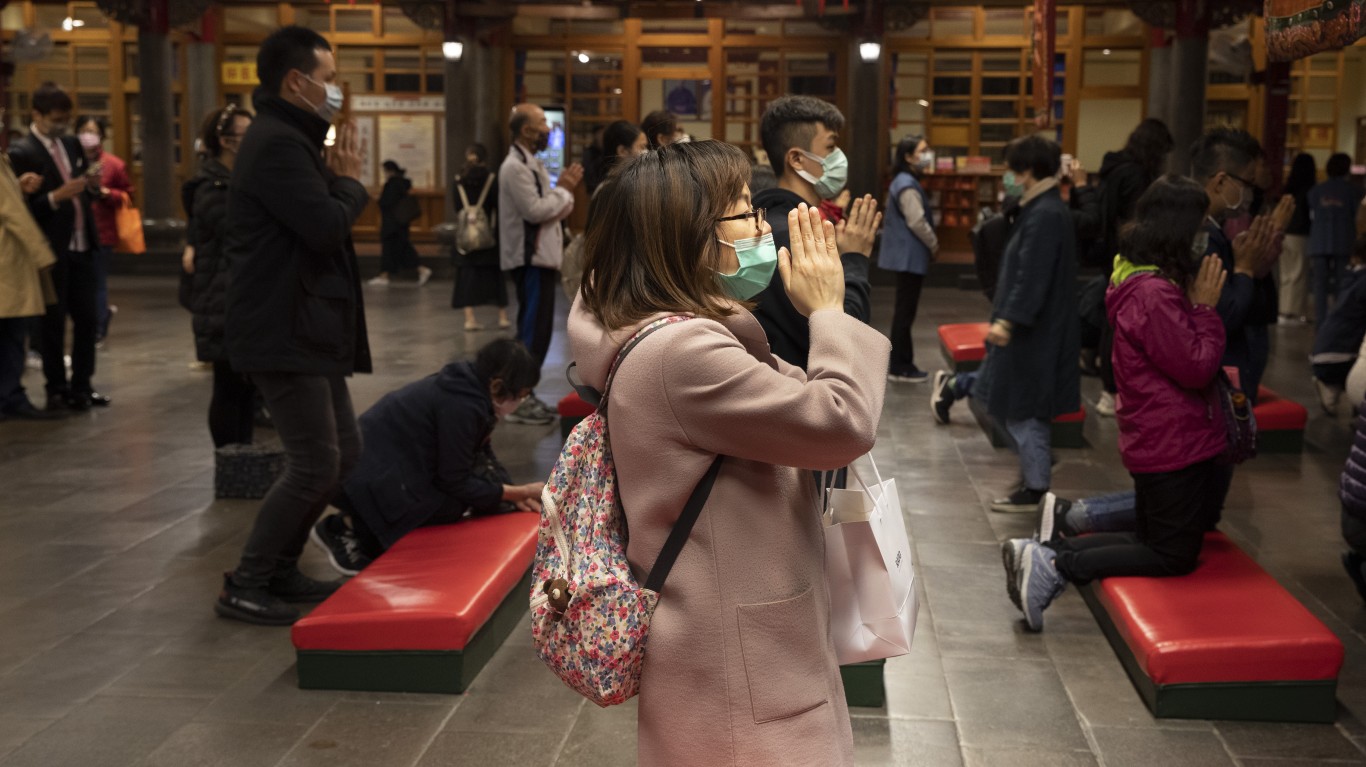 Paula Bronstein / Getty Images News via Getty ImagesTaiwan Liposome Co. Ltd. (NASDAQ: TLC) shares shot up on Wednesday after the firm announced that it would be able to move forward with its COVID-19 trial that uses hydroxychloroquine. In the past, hydroxychloroquine has been viewed as a controversial drug in terms of evaluating its efficacy in treating COVID-19, but now there seems to be a definitive ruling on it—at least in Australia and Taiwan.

In terms of the specifics, the company announced the receipt of ethical and scientific approval from the Bellberry Human Research Ethics Committee (HREC) in Australia for the company’s Phase 1 clinical trial of TLC19 hydroxychloroquine liposome inhalation suspension for COVID-19.

The HREC is constituted in accordance with the requirements of the National Health & Medical Research Council (NHMRC), and it reviews clinical trial proposals to ensure that they are ethically and scientifically acceptable and have

(RTTNews) – The Taiwan stock market had moved higher in six straight sessions, surging more than 500 points or 4 percent along the way. The Taiwan Stock Exchange now rests just beneath the 12,750-point plateau and it’s expected to open in the green again on Thursday.

The global forecast for the Asian markets suggests a higher open on renewed stimulus hopes, although some of the overbought bourses may see profit taking as the day progresses. The European markets were mixed and the U.S. bourses were firmly higher and the Asian markets figure to split the difference.

The TSE finished modestly higher on Wednesday as gains from the technology stocks were limited by weakness from the financials and cement companies.

Among the actives, Cathay Financial eased 0.13 percent, while CTBC

TAIPEI, Taiwan, Oct. 06, 2020 (GLOBE NEWSWIRE) — In order to assist cosmetics manufacturers from home and abroad in promoting their products on the international market in the post-pandemic period, the Taiwan External Trade Development Council (TAITRA) will be holding the Taiwan Beauty Virtual 2020 from November 2nd to 30th. Those who are interested in visiting the show via a personal portal may register on the Taiwan Beauty Virtual website, https://virtual.beautytw.com.tw/index.html, which is open for registration already, or learn about the show through the teaser: (https://youtu.be/2RWyEWYAirU) 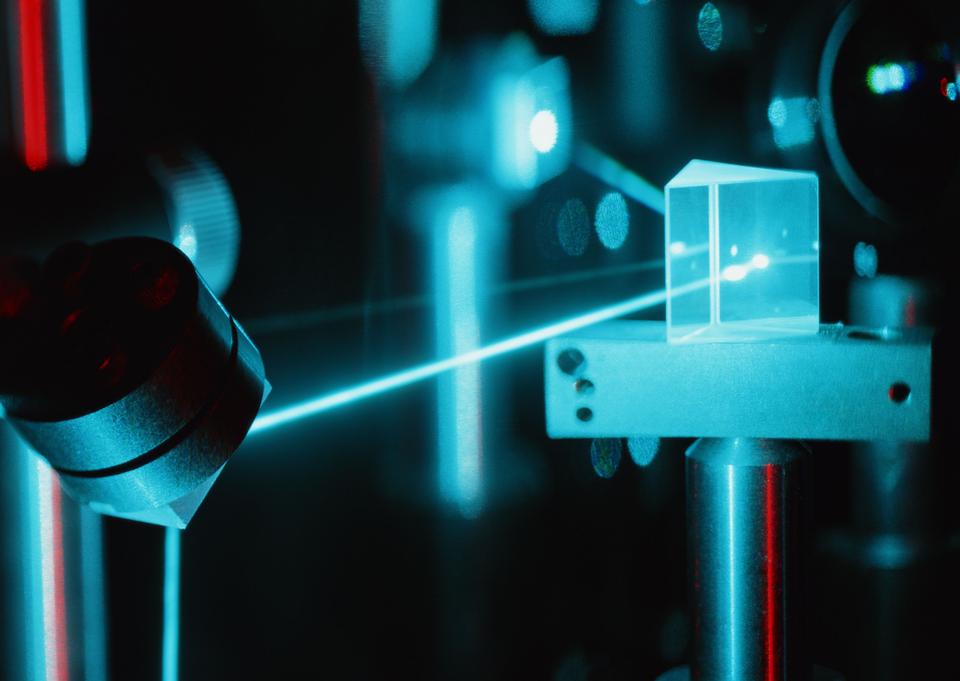 Taiwan Semiconductor Manufacturing Company (NYSE:TSM) is the undisputed industry leader in semiconductor fabrication. They are ahead of the competition in mass-producing 5 nanometer chips and are investing heavily to be the first to have 3 nm chips. The industry has experienced strong growth this year and should continue to do so for years to come. Based on It’s hard to find a world leader who’s had a better 2020 than Taiwan President Tsai Ing-wen.

She won re-election in January in a landslide, oversaw one of the world’s best responses to the Covid-19 pandemic and helmed an economic recovery that has boosted Taiwan’s stock exchange to record heights. The central bank last week revised up its 2020 growth target to 1.6 per cent, making it an outlier among global peers as most major economies shrink.

But Tsai does have one major problem: The Communist Party is threatening her life, with its Global Times newspaper saying over the weekend she would be “wiped out” in a war if she violated China’s anti-secession law.

The warning in a tweet Saturday described her dinner with Keith Krach, the most senior US State Department official to visit Taiwan since 1979, as “playing with fire.” People’s Liberation Army aircraft last week repeatedly breached 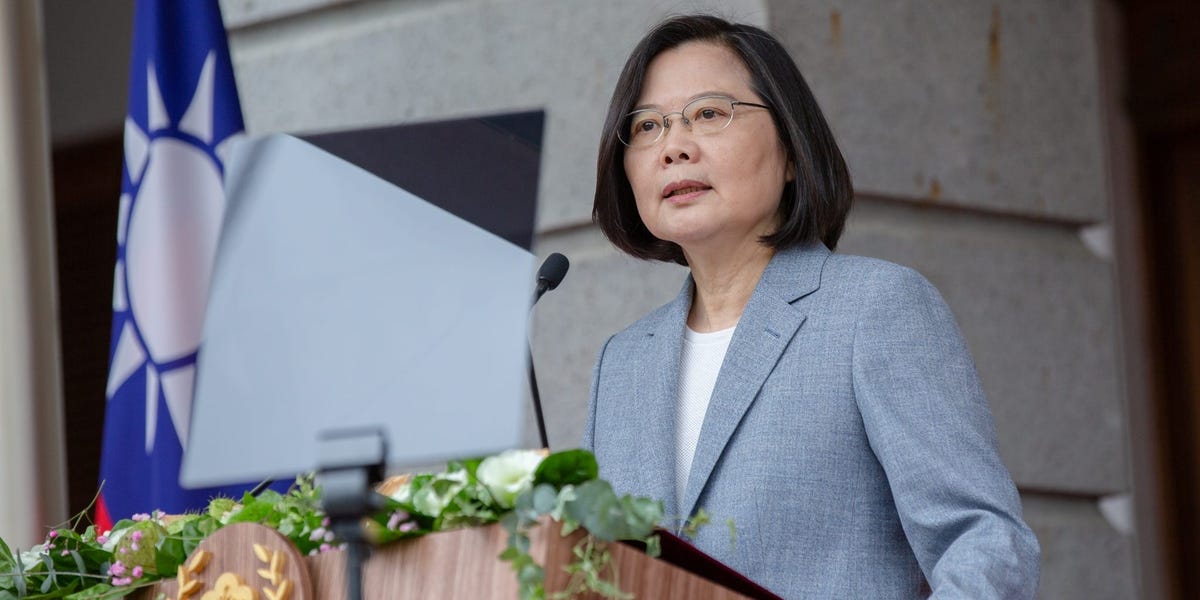 Taiwan will reportedly receive billions of dollars’ worth of weapons from the US government, amid concerns that China poses a renewed military threat to the island nation.

The planned deal, which includes mines, cruise missiles, and drones, would amount to $7 billion, making it the second-largest arms deal between the US and Taiwan, a person with knowledge of the matter told the Financial Times.

Taipei, the capital of Taiwan, has

© Getty Images
Keith Krach, State Department under secretary for economic growth, energy, and the environment, speaks in New York in 2019.


TAIPEI, Taiwan — China warned the United States on Monday of potential “serious damage” to their relations if it does not withdraw from an upcoming economic meeting with Taiwan that is expected to be attended by a senior American official.

Chinese foreign ministry spokesman Wang Wenbin urged the U.S. at a daily briefing to “stop all forms of official exchanges with Taiwan, so as to avoid serious damage to China-U.S. relations and peace and stability across the Taiwan Strait.”

Taiwanese media reported that U.S. Under Secretary of State for Economic Growth, Energy, and the Environment Keith Krach is planning to visit the island later this week for an economic and commercial dialogue with Taiwan’s government.

The visit would follow one by U.S. Health Secretary Alex 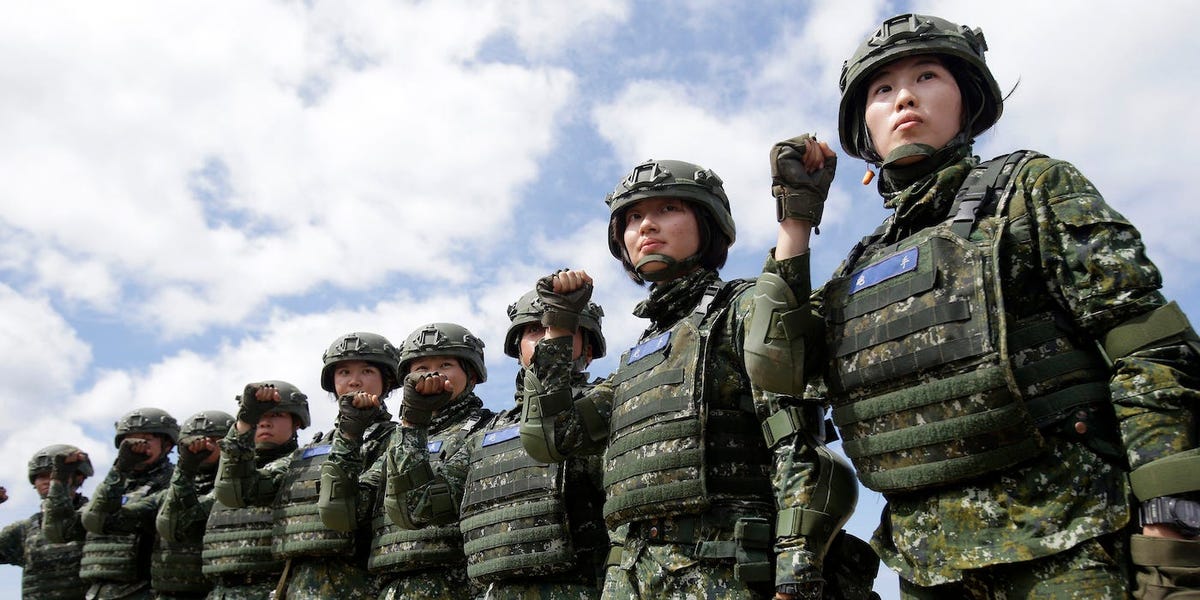 Taiwan began five days of computer-aided war games on Monday, simulating an attack on the island by the People’s Liberation Army (PLA).

The drills are part of the Han Kuang exercises, Taiwan’s largest annual war games. An earlier phase of the exercises in July included live-fire drills.

The war games were designed to test Taiwanese commanders’ ability to adopt the right defence strategy and coordinate different forces while under attack, the defence ministry said.

Officials from the American Institute in Taiwan, the United States’ de facto embassy on the island, were invited to observe the

(Bloomberg) — Taiwan sits squarely in the middle of the worsening dispute between Beijing and Washington, with many of its companies operating factories in China manufacturing for American companies.

Those tensions are pushing Taiwanese companies to relocate some production back home and also redirect money to factories on their side of the strait. Taiwan’s government has helped with tax breaks and other support, and that investment has cushioned some of the blow from the Covid-19 pandemic.

Supply chains for electric vehicle manufacturers including Tesla Inc., which has a factory in Shanghai, are also moving to set up in Taiwan, she told members of the American Chamber of Commerce

TAIPEI (Reuters) – Taiwan’s central bank on Sunday said it was urging foreign exchange traders to exercise restraint when it came to selling U.S. dollars and not sell large amounts in one go, as it tries to control the soaring value of its own currency.

The central bank has asked forex traders not to execute individual sell orders for the U.S. dollar worth more than $5 million at a time, three sources with direct knowledge of the situation told Reuters on Friday.

In its statement, the central bank said that recently a small number of banks had tried selling large amounts of U.S. dollars in a single offer, affecting “market trading speed and the rights of other banks making offers”.

The bank said it is asking traders not to sell large amounts of U.S. dollars in a single trade, though it did not mention a specific figure.