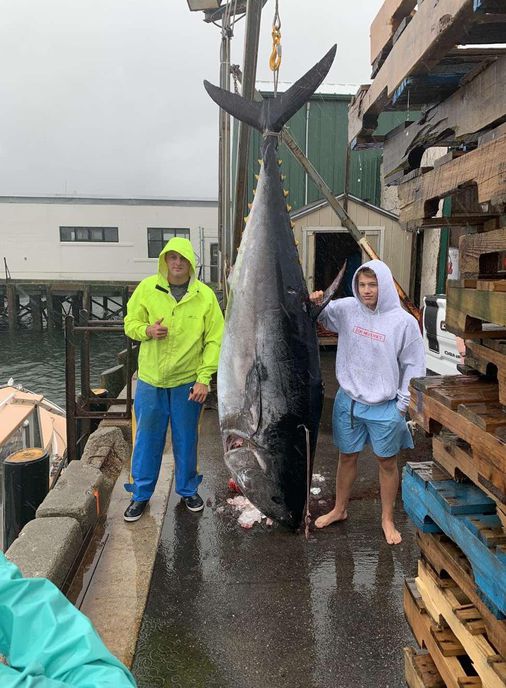 “Right off the coast of Portland,” said Hewitt.

Hewitt caught the tuna with his friend, Max Bogdanovich, 19, who lives in Scarborough, Maine.

Hewitt and Bogdanovich recently graduated from Cushing Academy, and they both love fishing.

They were on Bogdanovich’s lobster boat, which is named the Bogsea, when Hewitt hooked the tuna.

Max “was driving the boat to avoid it from snapping the line,” said Hewitt. “It’s a team process.”

Hewitt said it took “a little bit over two hours” to reel the tuna in.

“We didn’t realize how big it was until we tried to get it into the boat,” he said.

They had to get two people on a different boat to help them land the tuna, which they later sold.

Hewitt said the fish had to be weighed and dressed, and as of Tuesday