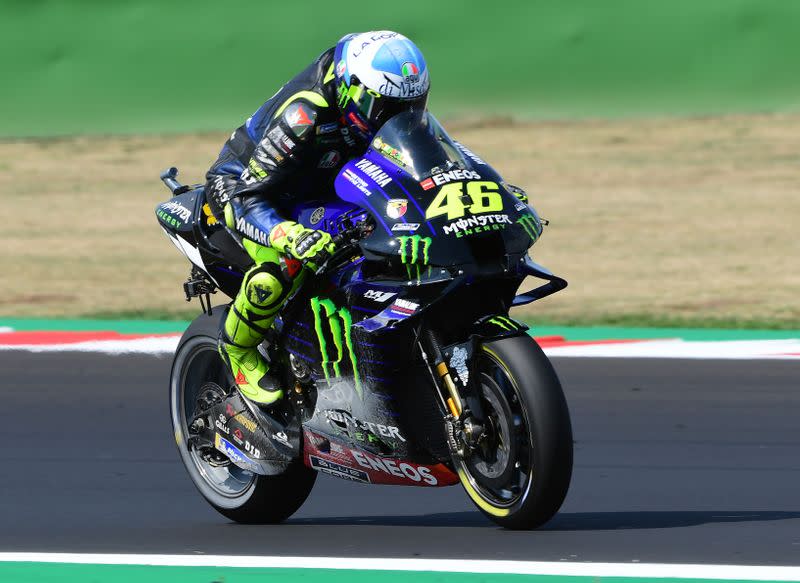 (Reuters) – Yamaha’s Valentino Rossi said his crash at the Catalunya Grand Prix on Sunday was a “great shame” after he missed out on the opportunity to claim his 200th podium finish.

In his 350th MotoGP start, Rossi began on the front row for the first time this season and he had moved up to second place chasing race leader Fabio Quartararo when he lost control at turn two and crashed for the second time in as many races.

“It’s a great shame, two mistakes in a row,” Rossi, 41, said. “This weekend was very different, because I was always competitive. I was good on the bike, I rode well, and I also improved practice by practice.

“Today I was at the limit, because I was behind Fabio and I didn’t want to lose a lot, I wanted to stay with him. On the left is always dangerous, especially with