A suspicious online university whose curriculum appears to be cut and pasted from a European school, two companies with nearly identical websites and two others with practically no internet presence — all five of these businesses are connected to the same Texas man.

And all five received Paycheck Protection Program loans for a total of at least $3.65 million. But should they have?

These companies are among more than 75 businesses that received loans of at least $150,000 from the coronavirus small business relief program but don’t appear to have existed before this spring or to have met other eligibility criteria for the program, which was administered by the U.S. Small Business Administration. Collectively, the questionable loans, which are publicly reported as a range of values rather than a specific amount, totaled somewhere between $20 million and $50 million.

No state produced more businesses flagged in the analysis than Florida, 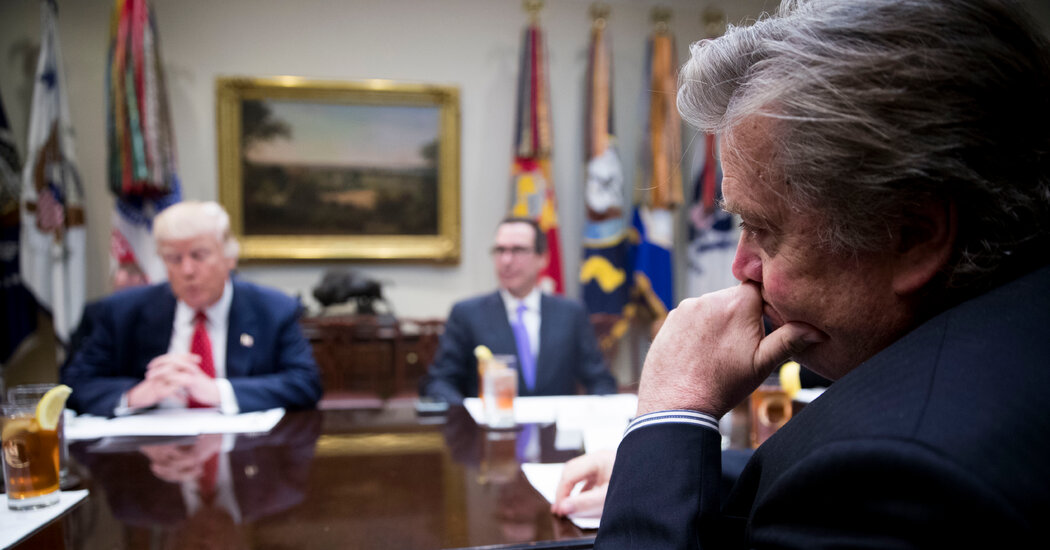 They all had colorful histories, though not necessarily the kind to inspire instant confidence. And they had a shared devotion to President Trump.

They came together early last year with a cherished project — building Mr. Trump’s long-promised, long-stalled border wall — and influential supporters to promote it, including Stephen K. Bannon, an architect of Mr. Trump’s 2016 victory and a former White House strategist. Together, the four men pitched We Build the Wall as a way for Americans worried about border security to do an end run around Congress and construct at least 100 miles