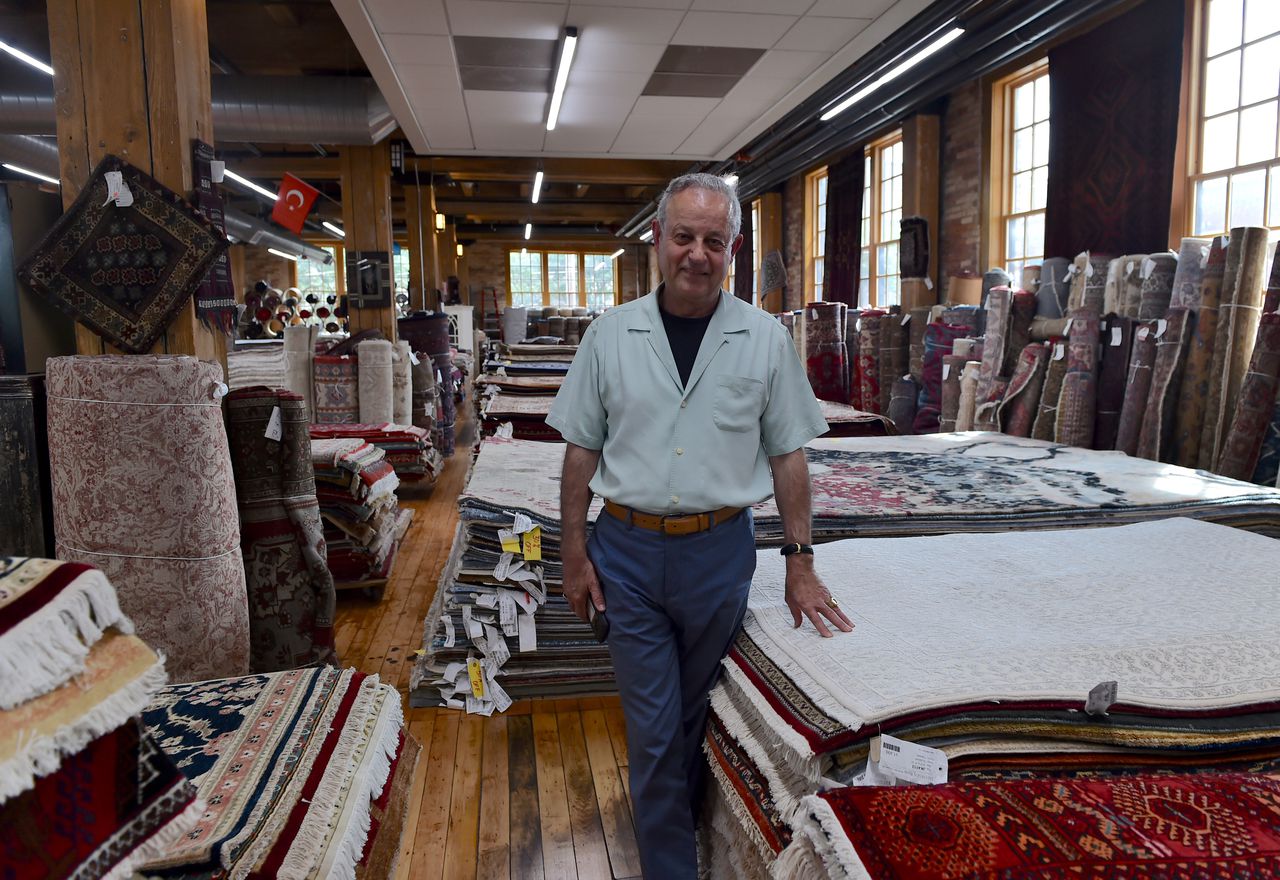 Back then, he was one of 25 Jacobsen staffers showing handwoven rugs to buyers in the Dey Brothers department store. Thick seller logs from the 1970s and ’80s showed large daily sales. Some logs listed dozens of customers in one day, each paying thousands of dollars. Business was strong.

Today, Jacobsen Rugs has a staff of four and the sale logs are thin. The last decade has been peppered by start-and-stop announcements of the shop’s final days.

In 2010, Jacobsen held a “going-out-of-business” sale but never closed down, which led to a fine for misleading advertising. Instead, it moved to a new home in the redeveloped R.E. Dietz Co. factory on Wilkinson Street. In 2014, the store filed for bankruptcy and planned to shut down, but again, never did.

Across the U.S., the handmade carpet