© Shutterstock
A virtual pop-up event this weekend will help freelancers and entrepreneurs find ways to pivot during the coronavirus crisis.

BROOKLYN, NY — A pop-up event this weekend will help freelancers and entrepreneurs shift their businesses during the coronavirus pandemic.

The free, virtual event will bring together the Freelancer Union, the #WeLoveYou Campaign and BKlYN Common — a co-working space with locations in Flatbush and Bed-Stuy — to help small business owners or entrepreneurs think outside the box to overcome the economic strain of the coronavirus pandemic.

“Small businesses are in crisis and we want to help,”#WeLoveYou Campaign Founder Shelly Gracon said. “It’s reported that more than 100,000 small businesses have closed due to COVID-19 and more than 44 million Americans have filed for unemployment since the start of the pandemic. The experts we’re bringing together for this event will provide insights, strategies and resources – local and national 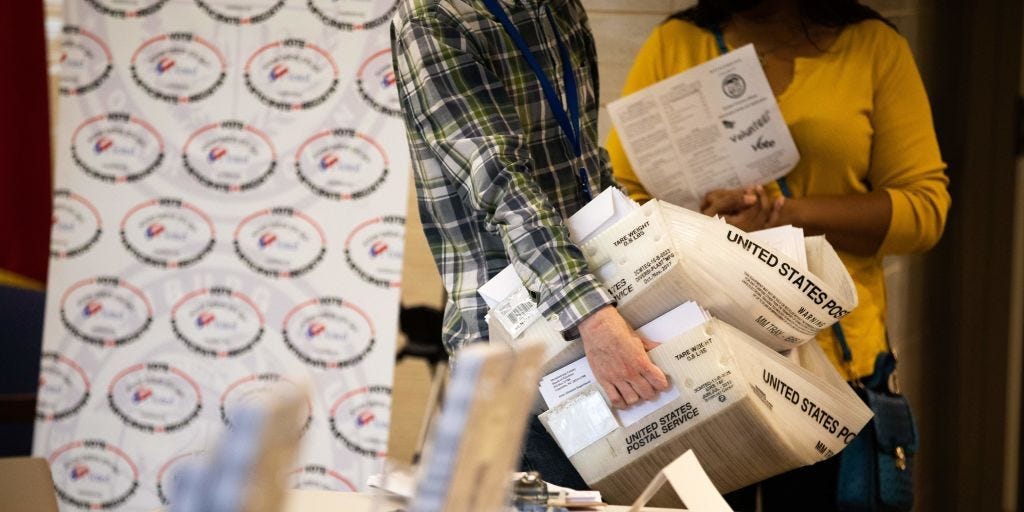 Gothamist and WNYC reported that multiple people across almost 10 neighborhoods got ballots with return envelops that had the wrong name and address.

In that case, if they were to fill it out and send it back, their vote could be attributed to someone else. If the signature on the ballot does not match the identification on the return envelope, the vote could be voided.

The New York City Board of Elections has mailed out For Kenyatta ‘Kymme’ Williams-Davis and her husband Raymond Davis, the survival of their Brooklyn business was an afterthought as COVID-19 ravaged their family, friends, and customers at the height of the pandemic.

Their cozy little coffee shop, the Bushwick Grind on Whipple Street, was shuttered for months when the virus swept through the city. But soon, they realized that closing was the least of their problems: Kenyatta, her family, and friends all came down with the contagion.

That began an odyssey of dealing with both myriad health issues and the economic fall-out of the pandemic that remain an ongoing challenge. But Williams-Davis says it taught her valuable lessons that she has applied to her life and business going forward – she has strength through her family a spirituality to make things work.

Owner Joe Tsai of the Brooklyn Nets against the Philadelphia 76ers during the game at Barclays Center on December 15, 2019 in the Brooklyn borough of New York City.

The Brooklyn Nets, led by owners Joe and Clara Wu Tsai, are pledging $50 million over 10 years to establish and support they hope will lead to economic mobility in the Black community.

The couple will lead a “five-point plan,” which will include continued support for its players pushing for social and economic equality and address wage gaps in communities of color, starting in Brooklyn. The plan will also address diversity within the Nets organization and the National Basketball Association league office.

“After George Floyd’s death, we felt like we needed to take a firm stand on racial injustice,” Clara Wu Tsai said in an interview with CNBC on Monday. “I wanted to state our beliefs

For the second time in five games, the Brooklyn Nets tipped off on Tuesday without Caris LeVert, Joe Harris, and Jarrett Allen. And for the second time, they picked up a win. As you go through the reasons the Nets have won five of seven games on the NBA Campus and locked up the seventh seed in the Eastern Conference playoffs, their depth, adaptability, and resilience are at the top of the list.

First it was the 119-116 win over Milwaukee, in which the Nets blitzed the NBA’s top defensive team for 73 points in the first half. They were sharp from the start again with 60 first-half points in Tuesday’s 108-96 win over Orlando.

“I stressed to them from day one that you want to give your coach a reason to play you, and to make it difficult to not play you,” said head coach Jacque Vaughn on Tuesday