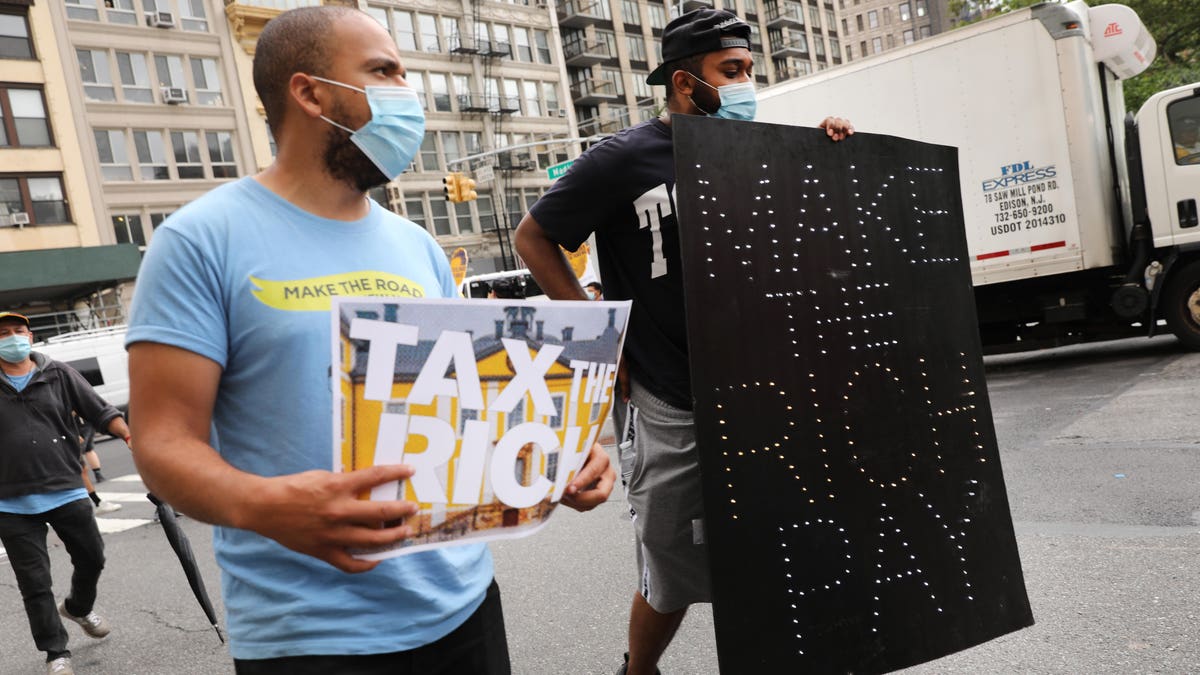 Are there tax brackets? Absolutely. Do they apply to everyone? Technically, they do. Can the wealthy get around them?

What do you think?

Joe Biden’s economic plan would impose higher taxes on top earners and corporations to pay for investments in education, infrastructure and other domestic programs, according to a new analysis.

The plan would increase taxes by $3.375 trillion, not enough to pay for a planned $5.35 trillion spending spree, according to the Penn Wharton Budget Model. Much of the burden would be borne by those in the very top income brackets, while households that make $400,000 a year or less would not see a direct tax increase, the analysis finds. .

Overall, Biden’s proposed economic policies would increase the national debt slightly in the short term while decreasing it in the long term.

The Trump campaign has run ads and crafted messaging warning middle class households that Biden’s plans would result in a significant increase in their taxes. But the analysis shows that the effects of Biden’s plans on the majority