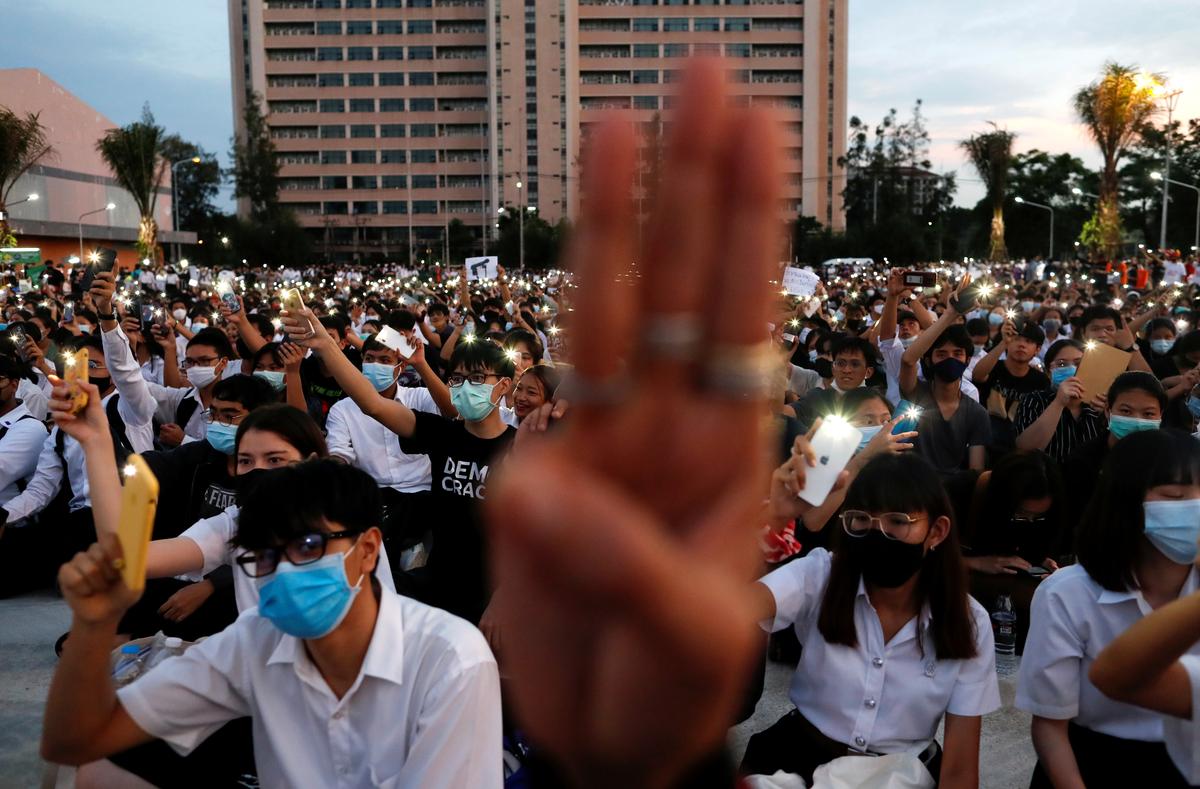 BANGKOK (Reuters) – The owner of Burger King’s franchise in Thailand became the latest company on Wednesday to bow to boycott calls by protesters who accused it of advertising on a television network they brand pro-government.

FILE PHOTO: Students make the three-finger salute and use their mobile phones as flashlights to show support for the student-led democracy movement at King Mongkut’s Institute of Technology, in the outskirts of Bangkok, Thailand, August 19, 2020. REUTERS/Jorge Silva

The protesters seek the departure of Prime Minister Prayuth Chan-ocha, a former junta leader, and new elections. Some have also called for reforms of the powerful monarchy of King Maha Vajiralongkorn, long a taboo subject.

Supporters of the student-led protests that have run for more than a month launched an online campaign to urge patrons to shun the franchise, Minor International Pcl, and other businesses that had advertised on Nation Multimedia Group.