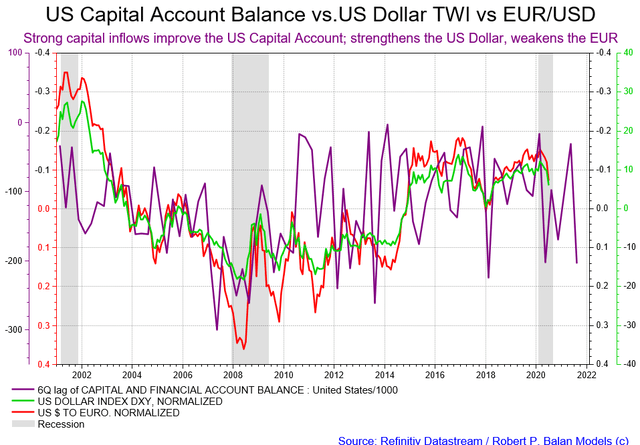 This is an update of our article published at Seeking Alpha on June 18, 2018, “U.S. Dollar: Forget Monetary Policy Divergence; Firming U.S. Capital Account Supports DXY Until 2019.“

The sharp improvement in US capital account since Q3 2016 therefore results in further rise of the US dollar until late June this year, then a decline until July-August followed by a rising US currency until the first half of 2019.

That forecast happened in a general way, with the US dollar bull phase extending up to late March, this year, when global risk asset markets started to recover from its COVID-19 fright and the US currency lost its cachet as safe haven destination of global capital.

Since then, the US Dollar Trade Weighted Index has been weak against a bevy of Developed Market (DM) currencies. It has been weakest against the euro during that time,