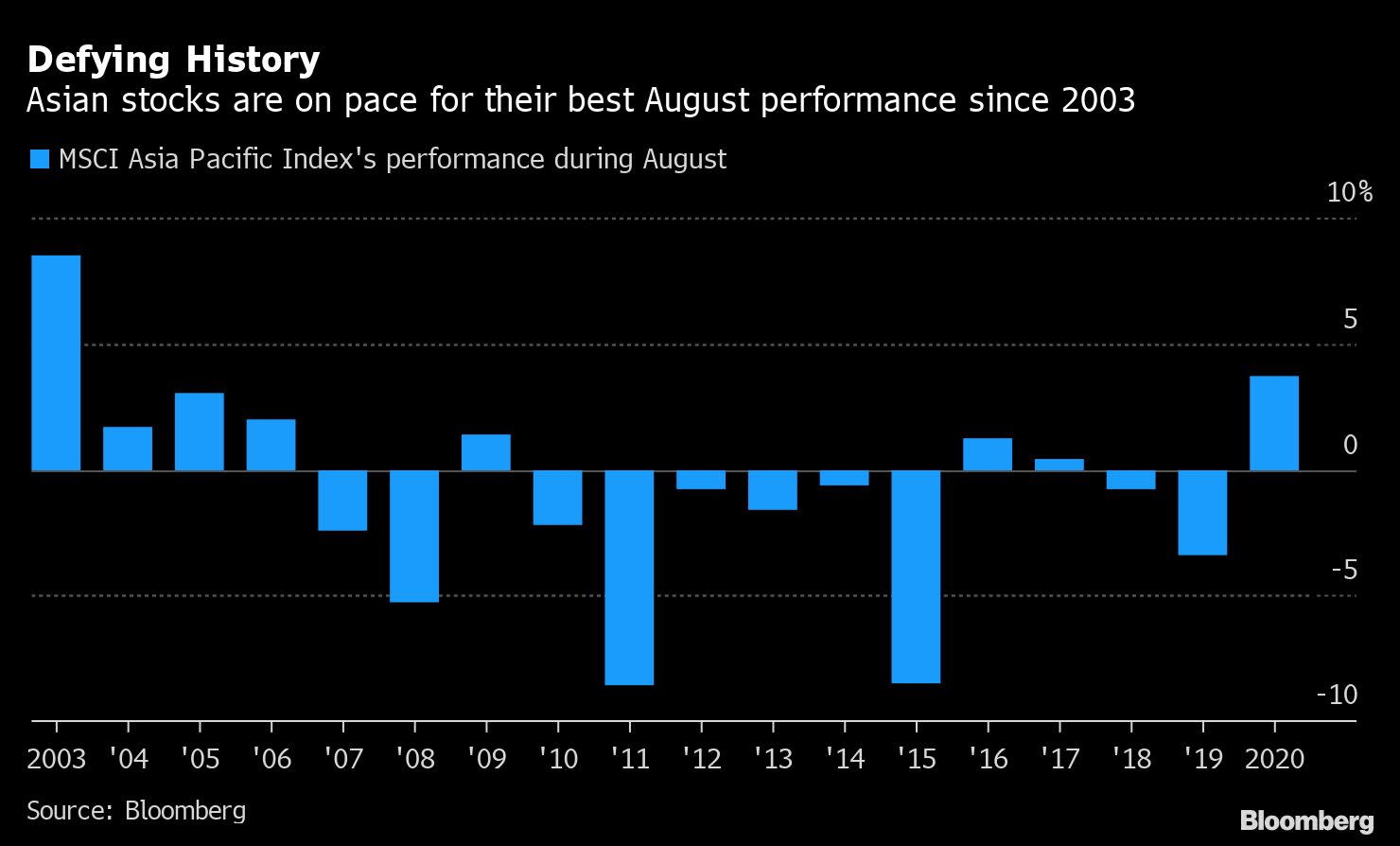 (Bloomberg) — U.S. equities followed European and Asian stocks higher on signs that the Trump administration may fast-track vaccines and treatments for coronavirus.

The benchmark S&P 500 climbed to another record, while the Nasdaq Composite also jumped to an all-time high. AstraZeneca Plc shares gained as much as 4.2% and travel stocks including American Airlines Group Inc. and United Airlines Holdings Inc. rose. The dollar weakened against its peers, while gold traded near $1,950 an ounce.

“The market is very optimistic about a vaccine,” said Nela Richardson, senior investment strategist at Edward Jones & Co. “The scientific breakthrough is just the first step. It’s not just about getting a vaccine to trial, it’s about getting it to the world.”

Market sentiment was supported by news over the weekend that the U.S. Food and Drug Administration is working to expand access to a virus treatment involving blood plasma from recovered patients. Separately, the Financial Times reported that the Trump administration is considering whether to bypass regulatory standards to accelerate an experimental vaccine.

Asian stocks got a boost after a report that White House officials have reassured American businesses that a ban on its WeChat app won’t be as broad as feared. WeChat owner Tencent Holdings Ltd. jumped the most in a month, gaining $37 billion.

Investors will be focused this week on the Federal Reserve’s annual Economic Policy Symposium — typically held in Jackson Hole, Wyoming. Chair Jerome Powell is scheduled to speak on Thursday about the Fed’s long-awaited monetary policy framework review, which has focused on a new inflation strategy.

“We’re hoping to get some sort of hints as to where their fundamental view is going and there’s a lot of expectations around that,” said Marvin Barth, global head of foreign exchange and emerging markets macro strategy at Barclays Plc.

Meanwhile, storms Marco and Laura are rolling toward the U.S. Gulf Coast, where they’ll come ashore as hurricanes as soon as Monday. Almost 58% of crude output in the U.S. Gulf of Mexico production has been shut down as the threat prompted evacuations of off-shore energy platforms and set residents and officials on edge from Texas to Florida.

In other markets, nickel climbed to the highest since November on concern that rising demand from China’s stainless steel sector will tighten supplies.

These are the main moves in markets: