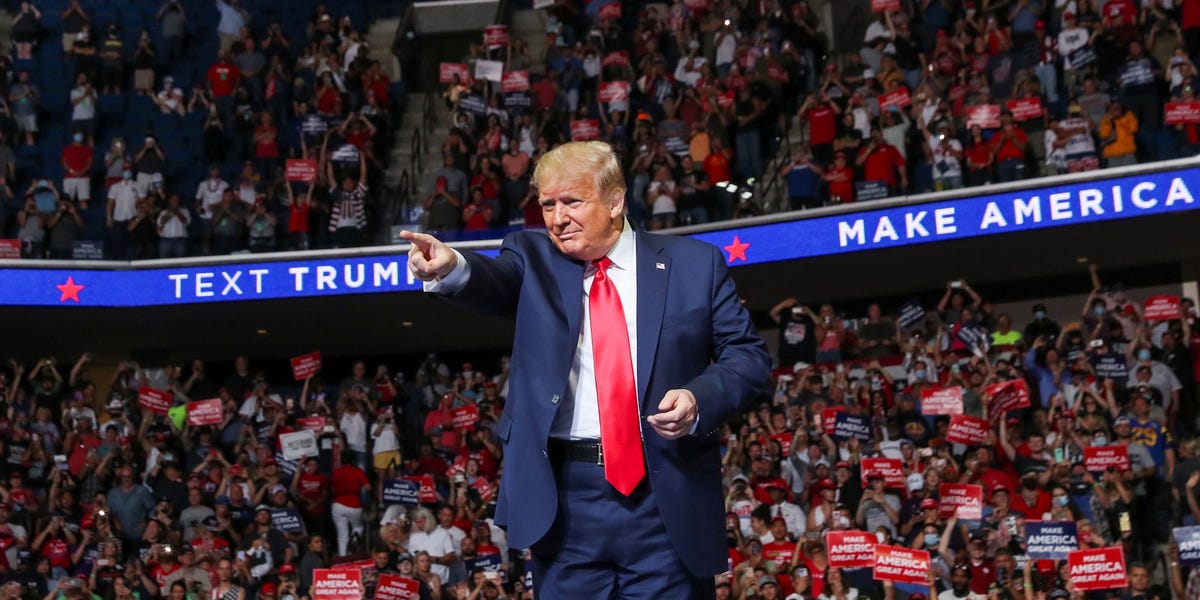 Investors were almost mystified by the idea of a Donald Trump presidency four years ago. Stock futures nosedived the night he was elected, only to turn right around and start to rally.

In time, an upbeat “Trump trade” developed as the market evaluated what the administration’s combination of lower corporate tax rates and looser regulatory policies would mean for banks, energy, and smaller-company stocks, for example.

Today, markets have a clearer sense of what Trump will bring to the table in a second term even if they’ll still have to contend with issues like the trade war with China.

And Lori Calvasina, head of US equity strategy for RBC Capital Markets, says some groups of stocks are tracking Trump’s reelection odds in betting markets. In broad terms that’s because of Democratic candidate Joe Biden’s proposed corporate tax increase, which, if implemented as proposed, would reduce S&P 500 annual profits by about 9%.

She adds that communication services, consumer discretionary, and financial companies were the biggest beneficiaries of the 2017 Tax Cuts and Jobs Act. Meanwhile, energy companies and banks stand to benefit from looser regulatory policies.

“The performance of the commodity and cyclical sectors that fared best after Trump won in 2016 – Energy, Financials, and Industrials – has been inversely correlated with Biden’s chances,” she wrote in a note to clients, while communication, consumer discretionary, and tech stocks tend to rise when people Trump’s odds are falling.

Smaller companies, too, stand to benefit if Trump wins and corporate taxes stay at their current rates since they’re less profitable as a rule than larger firms.

That’s the view from 10,000 feet. But the details are vital, so Calvasina and RBC’s analysts also did a deeply detailed look at the stocks in every corner of the market that might fare best if Trump is re-elected in November. They also analyzed what it might mean for dozens of industries if Biden wins a wave election.

The list that follows contains the companies that RBC’s analysts think will perform the best in dozens of sub-sectors if Trump wins in November.

2020-08-24
Previous Post: Florida schools are reopening so we can go back to work. Businesses have other ideas.
Next Post: Reader letters, Monday: ‘Non-masker’ at restaurant infringes on others’ freedoms – Opinion – Savannah Morning News