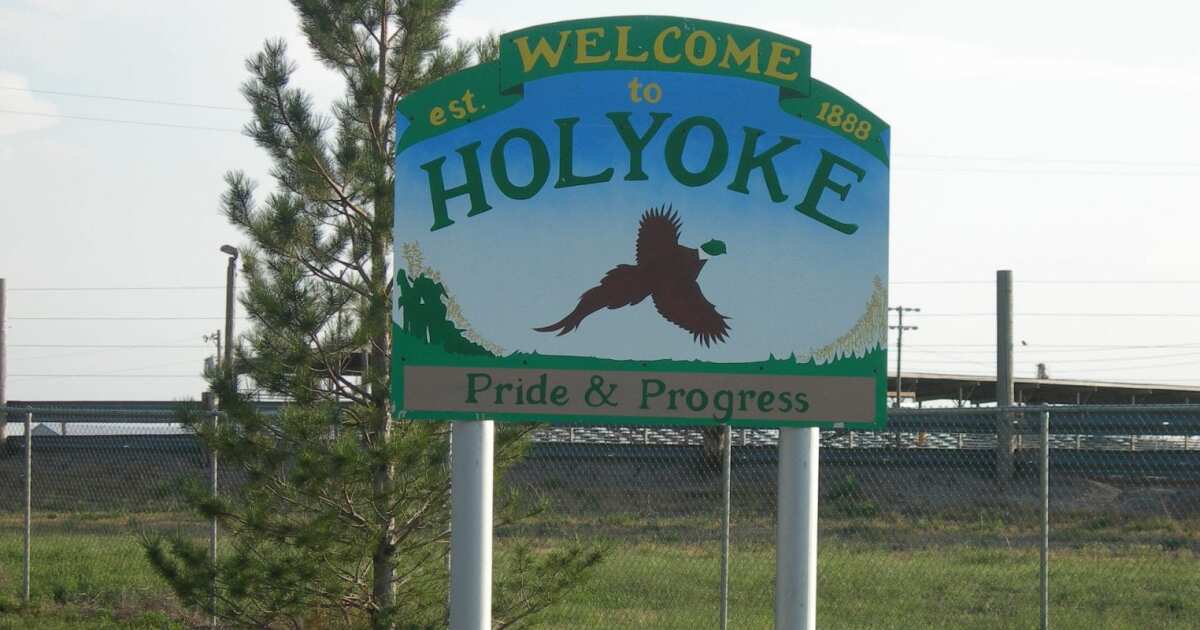 HOLYOKE, Colo. — The ripple effect of the coronavirus pandemic and the subsequent shutdown swept across Colorado in a flash this spring.

In its wake were restaurants and businesses from the mountains to the plains, tattered and torn by the economic destruction left behind. But at least one community in northeastern Colorado has proven how a little small-town grit can lead to a rebound of unimaginable success.

“This is a beautiful community,” said Sherry Simms, general manager of the Peerless Theater. “Beautiful people.”

In the town of Holyoke, being neighborly just kind of comes with the territory.

“Especially old farming communities like this,” said Dale Berg, owner of Brewed Awakening Coffee and Bake Shop. “There’s a lot of pride in this town.”

That pride extends from the new gym in town, down the street to the 102-year-old Peerless Theater.

“My parents actually dated and came to this theater,” Simms said.

And how many theaters can say the popcorn in the popper is actually grown in the town?

“This one can,” said Tricia Michael, board member of the Peerless Theater. “It’s grown right here.”

But just like many other small towns, the coronavirus pandemic has hit hard here.

“I stayed closed (for) six weeks, but the bills didn’t stop,” said Idalia Ramos, owner of Butterfly Your Nails in Holyoke.

And yet, that’s the thing about small towns. When things get tough, the people come together.

“Tom Bennett, one of the local bank presidents, was the instigator of it all and I think he reigned us all in,” said Brenda Brandt, newspaper publisher for the Holyoke Enterprise.

“Tom called me and he’s like, ‘I have this idea,’” said Holly Ferguson, executive director of the Holyoke Chamber of Commerce. “He said, ‘They’re talking about a stimulus check going out and I still have my job. I’m still getting paid. It’s not any money that I need or expected.’”

They named it the Help Holyoke Fund and from there, it took off.

“We assigned certain portions of the phone book to students in FFA, FBLA and FCA,” Brandt said.

“We put ads out in the local newspaper,” Ferguson said. “We hit social media strong.”

“When we started to see the numbers come in, it was amazing,” Brandt said.

“We weren’t in a position to be able to pay our employees,” said Jeff Michael, president of the board for the Peerless Theater.

“I cut 23 checks to business owners to start,” Ferguson said.

“Without that help, we might not be doing this interview right now,” Berg said.

Others say the help came at just the right time.

“It really was touching to us and our employees at a bad time,” said Angie Hofmeister, who has owned The Skillet restaurant in Holyoke for 37 years.

“It was amazing,” Ramos said. “I couldn’t believe some people just donated the money.”

Even the Texas transplant, Happy Jacks, can keep the barbecue smoking.

“They distributed a ton of money,” Robinson said.

“It was the support,” Simms said. “And see, I get emotional talking about that, but there’s so much support in this town.”

“You know it’s going to help, but you don’t really understand it until the checks are handed out and you can see the faces of the business owners,” Ferguson said.

And those donations went beyond the businesses.

“We wanted to help and make sure that people could keep going,” said Stephanie Krogmeier, who gave up her stimulus check to help others. Her husband was born and raised in Holyoke and the two raised their own family here.

Others gave directly to the people of Holyoke, too. And people like Mariann Landes couldn’t be more grateful.

“I cried,” Landes said after being handed a check by her boss. “Because who does that? Who helps somebody they don’t know? That’s what this town is about. I’m sorry (wiping tear away). It was such a relief. Such a huge, huge relief.”

In the end, Help Holyoke handed out thousands of dollars and several rounds of checks.

A small town redefining what it means to be a good neighbor.

“I have never felt more welcome in a small town than I have here,” Landes said.

Holyoke’s smaller neighbor to the west, Haxtun, did the same.

“We’ve always believed in our town and this place,” Krogmeier said.

“They went above and beyond,” Ramos said. “I am so blessed to live in such a small and amazing community.”

2020-08-26
Previous Post: The economy is still collapsing and Republicans have no plan to fix it
Next Post: Palantir Files For Direct Listing On NYSE, Says It ‘May Never Achieve Or Maintain Profitability’