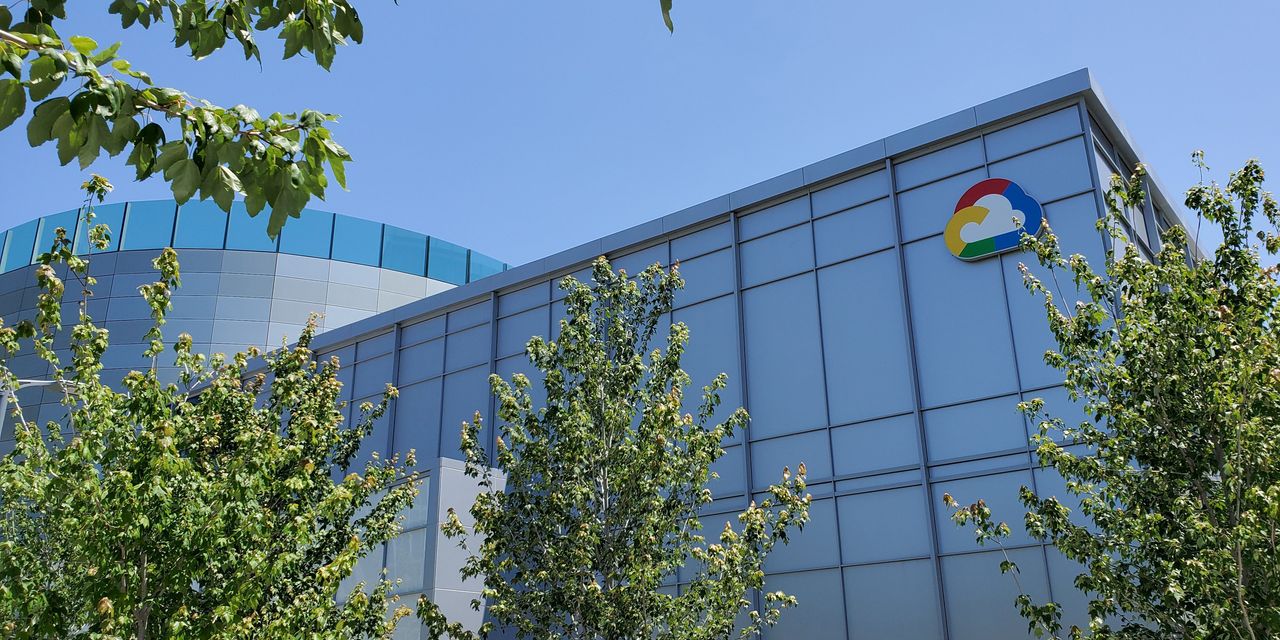 Retailers more than ever are leaning on cloud computing to capitalize on a surge in online shopping without overloading their information-technology systems.

Sparked by the coronavirus pandemic, the upswing in e-commerce is a boon to most cloud vendors, but especially Google’s cloud-services unit.

Google Cloud, a division of

’s Azure, with a 6% share of the global cloud market, according to research firm Canalys. AWS and Azure together account for more than half the market, the firm estimates. But a strategic focus on retail-sector services, which predates the crisis by roughly a year, has attracted deep-pocketed customers like

The Morning Download delivers daily insights and news on business technology from the CIO Journal team.

While the crisis has been devastating for bricks-and-mortar sellers of nonessential goods, online sales are booming at grocery stores, building material and garden stores, and some general merchandise stores, according to U.S. Commerce Department data.

Mike Fisher, Etsy’s chief technology officer, said the online marketplace in February completed a lengthy migration of its IT systems into Google Cloud, from 2,000 on-premises servers.

The company was initially drawn to Google’s cloud-based search and machine-learning capabilities as a way to boost ranking and recommendation tools for online shoppers by inputting a wider set of variables into smart algorithms, he said.

“We couldn’t have predicted better timing,” Mr. Fisher said. Since the pandemic struck, he added, “we’ve doubled the amount of data we process.”

Between April and June, Etsy’s revenue more than doubled to $428.7 million from $181.1 million a year earlier, with categories such as homewares and craft supplies among the top performers. Over the same three-month period, online shoppers bought more than 29 million protective masks from the site’s independent sellers, Etsy said.

Similar spikes in traffic, such as on Black Friday or in the holiday shopping season, ordinarily require millions of dollars in additional spending on data centers and servers to provide enough computer capacity to handle massive amounts of data processing, Mr. Fisher said. With its IT systems in the cloud, he added, “we could spin that up in days rather than months.”

“Many customers are scaling beyond their wildest projections,” said Carrie Tharp, who oversees retail and consumer strategy at Google Cloud.

She said companies that were gradually expanding their use of cloud services have accelerated those efforts during the pandemic. Others came to Google for a rapid response to shifting demand, such as curbside pickup apps, sales and inventory tracking tools, or digital call centers.

Google in July reported a 43% rise in revenue from its cloud-computing services over the second quarter—slightly slower growth than Microsoft’s cloud unit, which is more than four times its size by revenue. Though Google doesn’t break out cloud revenue data by sector, it says as of August seven of the world’s largest retailers are cloud customers.

“Google Cloud is highly focused on six core verticals, with retail being one of them,” rather than general-purpose cloud services, said Alex Smith, senior director of channels at Canalys.

But as a wave of consumers took to shopping from home, amid lockdowns and other safety measures, most retailers simply needed flexible computer capacity to keep up with unpredictable highs and lows, Google’s Ms. Tharp said.

Wayfair, an online home-decorating marketplace which reported an 84% jump in second-quarter revenue to $4.3 billion, had shifted IT systems to Google Cloud in January, as part of a broader hybrid-cloud strategy.

The move was aimed at supporting bursts in capacity needed for Way Day, an annual online sales promotion in April, tapping Google for computing power, storage, networking and other capabilities, the company said.

“When the pandemic materialized in mid-March, online capacity was our focus,” said Hesham Fahmy, vice president of technology at Loblaw Digital, a division of Canadian grocery store giant Loblaw Cos.

Mr. Fahmy said the chain had migrated its e-commerce platforms into Google Cloud before the crisis, enabling the company to scale up rapidly. The extra computing power was needed to both process increased online orders and fulfill them, he said.

Write to Angus Loten at angus.loten@wsj.com