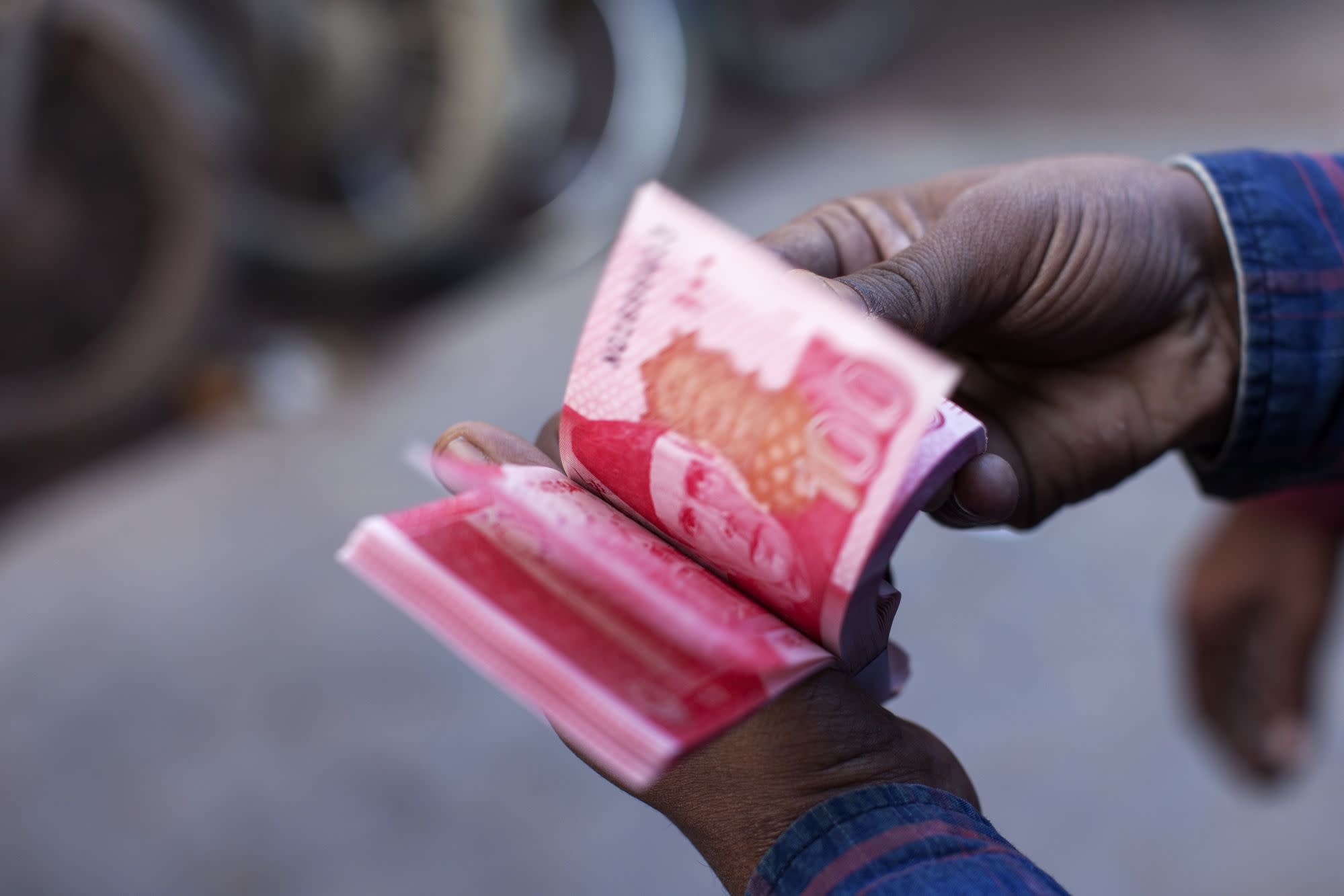 (Bloomberg) — Pakistan is moving a step closer to raising funds from its citizens living overseas through bonds or deposits, as the central bank seeks to tap a new pool of savings to boost foreign exchange reserves.

“Pakistan has a large diaspora. Most of these are outside the financial system,” Baqir said Tuesday. “We are one of the few countries in the region who have provided this digital on-boarding of the diaspora.”

Remittances from about nine million Pakistanis living abroad is crucial for the foreign capital-hungry South Asian economy, with inflows of $23 billion last year surpassing the nation’s exports earnings of $21 billion in the 12 months ended June. The digital accounts are aimed at boosting those flows.

Attracting funds from overseas citizens through bond sales or deposits isn’t unique to Pakistan. India used the option in 2013, when a discounted swap window lured inflows of about $34 billion. Overseas Indians were also tapped in 1998 and 2000 to ease pressure on the rupee.

In Pakistan, Baqir’s appointment as central bank governor in 2019 helped to spur interest from global investors into the nation’s previously little known local-currency bonds market. Prior to his current role, he served in senior positions at the International Monetary Fund for 18 years, putting him in a unique position to help Pakistan adhere to a multi-billion loan arrangement with the IMF.

The Pakistan government will take advantage of the digital accounts portal by launching a debt certificate for overseas investors within a few weeks, said Baqir. The debt will be spread in five tenors including a three-month option, with return on dollar certificates ranging between 5% and 7% and the rupee-denominated debt between 9% and 11%.

“I want to emphasize on short tenor because if somebody wants to dip their toes, test the system and take money out,” said Baqir. “We want people to do it because that’s the only way you will get confident” about the system.

Earlier, an overseas national had to visit a Pakistani consulate or embassy to open a bank account, and still couldn’t directly access the stock market. The digital accounts will change all of that.

Pakistan’s central bank has been using a mix of conventional and unconventional tools to shore up the economy amid the coronavirus pandemic. Policy makers cut interest rates by a cumulative 625 basis points in five back-to-back moves this year, as inflation dropped from a high of 14.6% in January to 8.2% in May. They also allowed companies to rollover debt for a year and extended soft loans to keep businesses from laying off workers.

Although inflation has since surged above the central bank’s desired 7%-9% range, Baqir said he is comfortable with the outlook for inflation. Therefore, the focus remains on giving high priority to economic growth and checking unemployment, he said. The outlook for interest rates is the prerogative of the Monetary Policy Committee, he said.

“We are seeing a very noticeable improvement on the economic front, both domestically and in terms of exports,” Baqir said. “We are fairly optimistic that it will sustain, part of that is the stimulus that we have provided.”

bloomberg.com” data-reactid=”45″>For more articles like this, please visit us at bloomberg.com