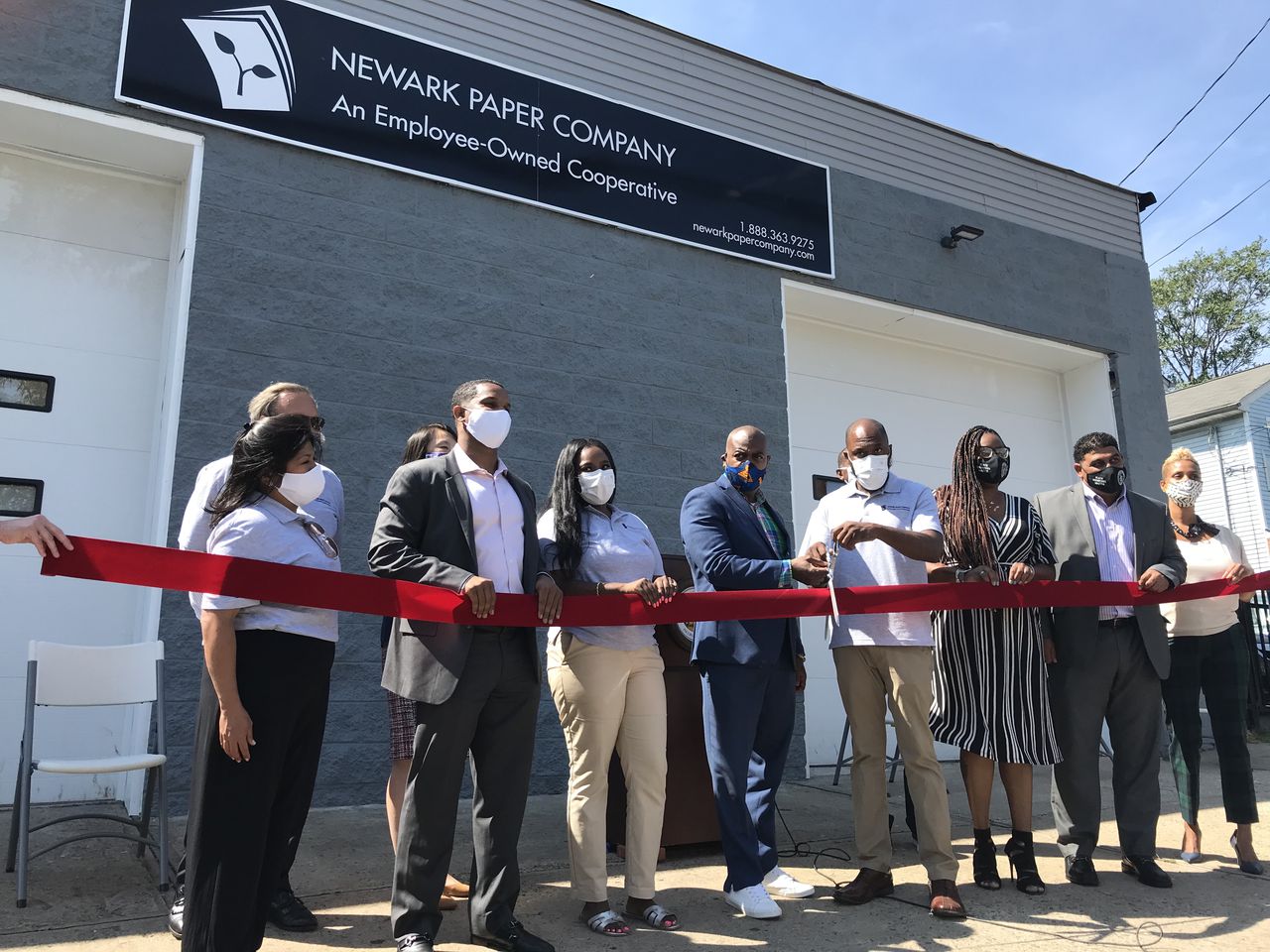 Newark welcomes a new kind of business, where employees are investors

Lloyd Wilson, 40, was born and raised in Newark and always wanted to start his own business, but life had other plans: two strokes, cancer, and he survived being shot.

Soon, he will own a stake in the Newark Paper Company, a new office supply and janitorial product distribution warehouse that recently opened in the city’s Central Ward. He ushered in the new warehouse with other employees and city officials Wednesday.

“Do you see this?” Lloyd said as he gave his child a good squeeze after the ceremony. “My four-year-old daughter is the reason why I make sure my stake in the company stays. Especially after I build it up. You can’t build something up and walk away from it.”

Wilson’s dreams are coming to fruition thanks in part to a partnership between the City of Newark and a quasi-governmental nonprofit called Invest Newark. The warehouse, located on New Street, is the city’s first employee stock ownership program business.

Its three employees will soon own a stake in the business after receiving a $500,000 grant in seed money from Invest Newark and building the distribution center on city-owned property. The employees will be in charge of hiring and expanding the small businesses’ profits — and reaping the financial rewards that come along with that.

The business opened during the coronavirus pandemic, Wilson said, and at first struggled with getting enough paper from the supply chain to make bathroom tissue, disposable gloves and more, but is now back on track.

Newark Mayor Ras Baraka celebrated the business on Wednesday as a win amid the pandemic, which has sparked historic rates of unemployment.

“We need more cooperatives, more opportunities for collective ownership of businesses in the city so people are not just employees, they’re also owners of the company at the same time,” said Baraka, adding that he wants to apply the same program throughout the rest of the city across different industries.

Wilson and another employee, Anthony Bygrave, learned about the opportunity to become business owners through the Urban League of Essex County last year. Bygrave was laid off from a warehouse in Linden and came to the Urban League seeking help to find a job. He’s been doing sales and deliveries at the Newark Paper Company since November.

“What belongs to you, you’re going to take care of it,” said Bygrave, adding that he and his future co-owners hope to open another Newark Paper Company warehouse in a year and a half.

Invest Newark CEO Bernel Hall said employees were also provided instruction on how to run a business. Grants that are similar to the one the Newark Paper Company received will be given on a case-by-case basis in the future, Hall added.

Newark Paper Company was selected because Invest Newark saw a need for the industry within the city, even before the pandemic.

Please subscribe now and support the local journalism YOU rely on and trust.

Rebecca Panico may be reached at rpanico@njadvancemedia.com.