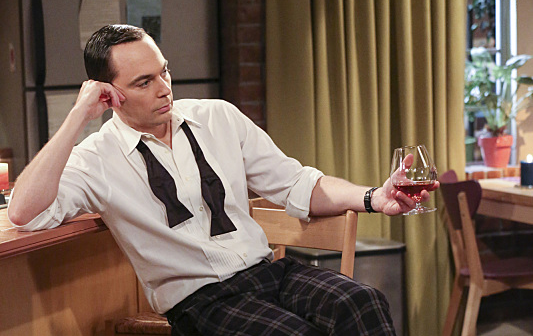 It was once considered the holy grail, landing a comedy series on a broadcast network. But now studios may be walking away from the genre as the decades-old broadcast model is becoming increasingly non-viable in the streaming age.

I hear that Sony TV, which is behind the hit ABC comedy series The Goldbergs, has informally notified networks that it will not be selling broadcast comedies in the current financial model, while Lionsgate TV independently has been contemplating a similar decision and may not be an active half-hour seller in broadcast this coming cycle.

Both independent studios have been looking for solutions. I hear Lionsgate TV, which has half-hour pilot Home Economics at ABC, has had high-level conversations with Disney-ABC to come up with a new business model for broadcast comedy. Sony TV, which has newly picked-up ABC comedy series Call Your Mother,  is engaging in similar conversations with broadcast networks around a pre-existing half-hour project it has in the marketplace.

With the situation still fluid, I hear Lionsgate TV-based comedy producers Eric and Kim Tannenbaum, known for CBS’ Two and a Half Men and Fox’s The Moodys, have been given a go-ahead to sell broadcast comedies independently for the time being that would be laid off at the respective network’s in-house studio.

I hear Warner Bros TV, also an independent studio when it comes to the broadcast networks which are in the half-hour comedy business, continues to develop half-hours and has pitches out targeted for next season. The studio traditionally has been a leading comedy supplier and has built big half-hour business around top comedy producer Chuck Lorre.

The broadcast model, created when broadcast TV was the only game in town, is based on the studios taking the risk and reaping the rewards in success. Today, with the rise of vertical integration and streaming, it has evolved into studios taking the risk with very little or no reward to be had, especially for indies, which explains why they have been calling for changes to the antiquated financial formula.

In television, networks pay a negotiated per-episode license fee to studios that produce the shows. In broadcast, for the first four seasons, the license fee is significantly lower than the cost of producing a series. The studio covers the deficit, or “deficit finances,” incurring tens or even hundreds of millions in costs before it can start to recoup some of the money spent.

Decades ago, once broadcast comedy series got to four seasons and crossed the 100-episode mark, studios could start raking in profits, with revenue from broadcast and off-network syndication quickly covering the deficit, and the networks taking on full cost of the shows starting in Season 5.

With rare exceptions for outsized hits like The Big Bang Theory or Modern Family, that scenario is largely a thing of the past.

For their license fee, broadcast networks now want not only linear rights but also stacking rights. Originally limited to five episodes at a time (or “rolling five”), the broadcast networks over the past few years expanded their demands to full in-season stacking rights to all their series. Their rationale is that linear ratings are sliding so they need to supplement the losses in linear ad dollars by digital revenue from streaming the shows on their platforms. Additionally, having all episodes available for streaming in-season allows viewers to catch up and (hopefully) come to the linear network for new episodes.

With few big exceptions like The Office, Friends or The Good Place, comedy series are not as hot a streaming commodity as binge-able dramas. Their modest SVOD sale prospects are being greatly diminished by full seasons being available on the broadcast networks’ streaming services through the start of the following season.

Additionally, the once-hot basic cable and broadcast syndication markets for broadcast comedies have also significantly weakened as local stations and cable networks are not buying like they used to. Meanwhile, with some exceptions, the international marketplace has not been very receptive to broadcast comedy.

That dramatically limits indie — or any not affiliated with the network distributor — studios’ options how to turn a profit on half-hour broadcast comedy even if they get close to 100 episodes, which is much harder now than it used to be because of quicker cancellations and split seasons where more series get partial orders, taking longer to amass episodes. (This past season, only three freshman comedies made it to Season 2.)

Entering co-productions with a network’s sister studio, which has become a prerequisite for a series order to an outside studio, helps with the deficit burden and gives a network an incentive to keep a show on longer.

That has been a driver on the hourlong side, as broadcast dramas for the most part continue to do well internationally, with series turning profit around three seasons in, split between the outside studio and its network partner. But, because of the low interest in U.S. broadcast comedies abroad, I hear it takes twice as long, about six years, before studios see any profit, which in many cases is minimal.

Add to that the fact that broadcast networks have largely stopped covering cost after Season 4 and frequently renegotiate for lower license fees, and prospects for non-affiliated studios making a profit on broadcast comedy series are getting slim. (For studios selling to their own network, the model is more palatable because the lower license fee on the network side and the digital revenue from in-season streaming helps offset the deficit on the studio side.)

Factoring into the complexity of the issue is the rising costs of broadcast comedies — especially singe-camera shows —  with networks and studios starting to look for more efficient ways to produce them. Amid the challenges faced by the genre, we have the fewest comedy blocks on the fall 2020 schedule, with ABC and NBC, which rely more heavily on single-camera half-hours than CBS, both scaling back.

Is there a solution? Industry observers point to cable — primarily premium — networks, which pay a significant license fee for half-hour comedies that amounts to almost 100% of the production cost. That makes the risk smaller for the studios which can supplement the domestic network license fee with modest off-network and international sales and still come out ahead.

Netflix, which takes global rights, pays studios “cost plus,” eliminating risk to the studios altogether by guaranteeing a profit (largely modest) from the start.

It is unclear whether broadcast networks’ sibling streaming platforms would be able to generate enough revenue from playing in-season episodes of half-hour comedy that, combined with suppressed linear ratings and delayed viewing, could allow the networks to pay license fee to outside studios in line with cost of production from Day 1. But it clear that the existing financial model is outdated and cannot be sustained in its current form for non-affiliated studios to continue to produce broadcast comedy series.

While great comedies have originated at networks’ sister studios, some of the biggest ones have come from outside: The Big Bang Theory on CBS, Friends on NBC, Modern Family on ABC.

One of the biggest broadcast comedy series of the 1980s, Who’s the Boss, is coming back with a high-profile revival headlined by Tony Danza and Alyssa Milano, which is produced by Sony TV. Based on the project’s history, broadcast would be a perfect home for the sequel. But based on the current financial model, it would probably go to streaming.