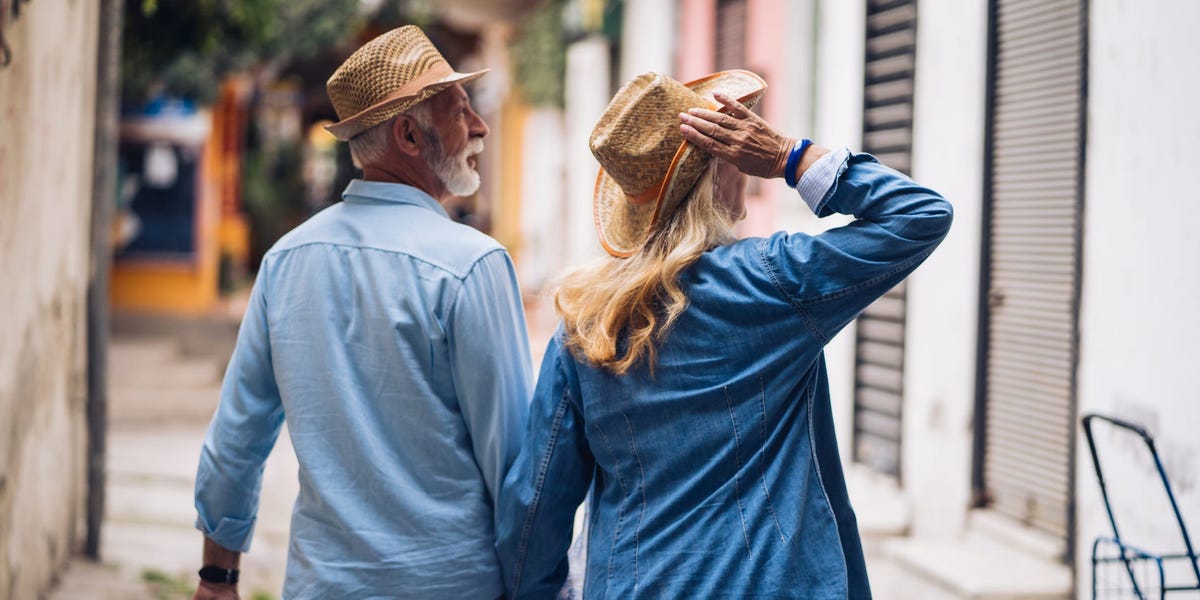 My parents lived by 4 money rules to retire comfortably

My parents have worked hard all their lives. My dad frequently questions my 13-year-old daughter as to why she doesn’t have a job. He likes to tell her that by the time he was her age, he’d had several jobs doing all sorts of things for local businesses. He passed this kind of work ethic on to me and my sister, and my children have learned by example the value of making money on your own.

Both my parents worked blue-collar jobs. Dad went to school to be an auto mechanic, which he did for a while, working for small shops in New York, New Jersey, and Connecticut. Mom worked mostly part time as a bank teller, office manager, bookkeeper, and home health aide.

My grandfather owned a newspaper-delivery service and pulled my dad in for extra help whenever possible. It was no surprise when my dad left cars behind and started working for several New Jersey newspaper services, eventually landing a full-time foreman’s position with a New York City daily.

Throughout their careers, my parents had one overriding focus: save for retirement. After working over 20 years in the newspaper business, my dad managed to build a retirement plan that brings in just about what his base pay used to be when he was working — about $70,000 annually. My mom’s retirement savings are earning interest in a certificate of deposit as an emergency fund.

The years of saving, investing, and living simply are now paying off, as they are living comfortably on their retirement income. Here are some of their secrets for building a solid financial future.

Live within your means

My parents were a team, keeping a close eye on money and making financial decisions together. They had very little debt over the years, paying cash as much as possible and borrowing money only when necessary.

If a purchase had to be made with a credit card, it was paid off as soon as possible. Any debt usually came in the form of term loans, like financing a car or when they bought a house.

This allowed for more money to be allocated to savings accounts, which they always had for emergencies or discretionary spending. My mom’s work in the banking industry taught her the value of keeping cash on hand for when you need it, so saving was a priority.

My dad also rarely took off for vacation or sick days. Instead, he would get a check for the amount of pay he would’ve earned had he taken those days. The money couldn’t be put into a 401(k), so it would go into their savings or be used for household expenses.

Be smart and active in managing your 401(k)

My dad learned how 401(k)s work and used that knowledge to his advantage. He made sure he was putting away the maximum allowed into his account so he would also get the most he could in matching contributions from his employer. This worked well for several years until the company changed its policy to contribute only one set amount, not a percentage of earnings, toward retirement accounts.

My dad never took home extra money when he got a raise. He always made sure that however much more he was being paid funneled directly into his retirement account. Overtime was usually plentiful, and my dad took that opportunity to significantly increase his base salary with the extra hours. My parents sacrificed having more money in the short term in favor of having enough to live on once they retired.

Dad always paid close attention to the market and where his 401(k) funds were invested. He would frequently change which funds, stocks, and bonds his money was invested in. When the bond market started to show high earnings, he moved all of his retirement money into bonds and “earned a bundle,” he says. And when other types of investments were giving high returns, he changed up his portfolio again.

Many times over the years, my parents would meet with a certified financial planner to make sure they were making the right decisions with their money. They had money in stocks they wanted to use for a down payment on their house. They wanted to know how to ensure they would have enough money to live on once they retired and how that affected their finances in the short term.

Their accountant had a long history of following their finances. He told them how they could use their investments to their greatest advantage, when it was a good idea to refinance their house, when to start thinking about how to manage their money after retirement, and other things that have helped guide them through the decades.

When they retired and had to start making withdrawals from their 401(k), he helped them purchase two annuities that guaranteed they would be paid a specific amount of money every year. Though there are significant fees for maintaining these policies, they feel the guaranteed income is worth the expense.

My parents opted for the smaller pension payment so that they would have another stream of assured income for life. As it stands now, that income plus their Social Security payments cover their day-to-day living expenses. The money they get from the annuities is stashed away in savings or invested in another financial product that earns money.

Even though my mom earned significantly less than my dad throughout her career, she has the money she’s saved for retirement earning interest in a CD at the bank she used to work for. She says never put all your eggs in the same basket and make sure you have cash you can easily access in an emergency.

Nearly 10 years into retirement, my parents are comfortable and happy. But they’re also still looking ahead to keep money coming in and growing because you never know what may happen down the line.

Though some of my parents’ strategies and circumstances were unique because of the times they lived in, the core of their advice is still very relevant to all of us who have years or decades to save for retirement. A little sacrifice today, smart saving and investment, and starting your retirement plan as early as possible can lead to a secure financial future.

2020-10-01
Previous Post: Why start-ups are making a beeline for venture debt
Next Post: ‘Political propaganda’ or ‘essential public health messages?’ Government-sponsored food boxes include a letter from Trump, and some Chicago food pantries are removing it