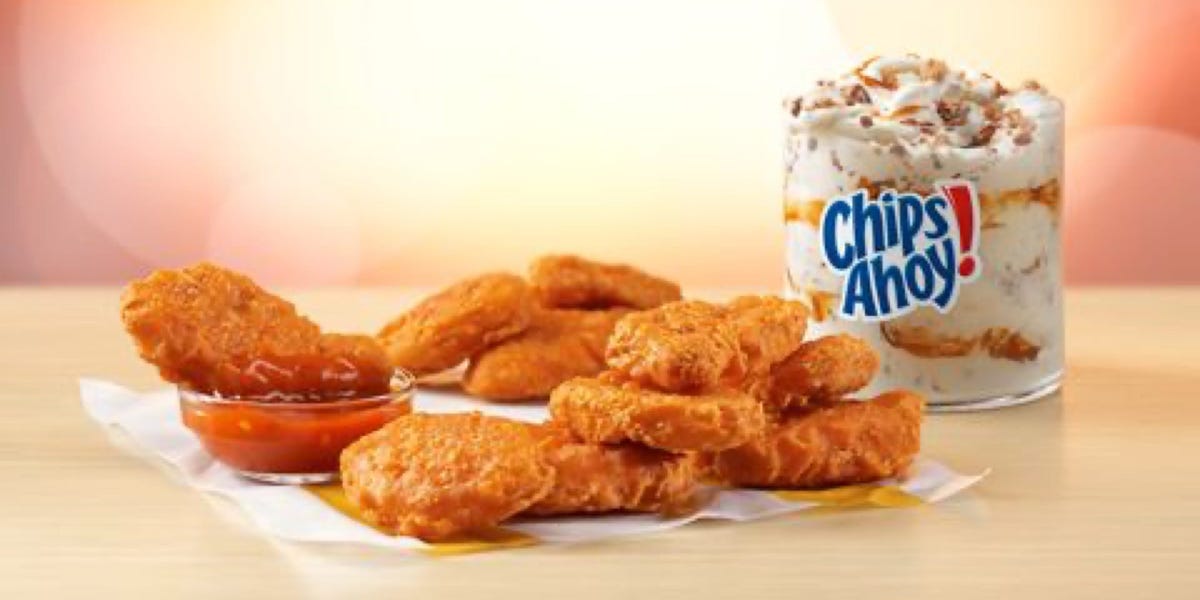 McDonald’s is adding spicy Chicken McNuggets to the menu

McDonald’s is adding Spicy Chicken McNuggets to the menu at locations across the US.

On Tuesday, the fast-food chain announced it would be rolling out a spicy version of its iconic McNuggets in mid-September. McDonald’s said in a press release that the McNuggets are coated in a mix made with cayenne and chili peppers.

McDonald’s is also introducing a new dipping sauce, called Mighty Hot Sauce. The sauce is made of a blend of crushed red peppers and chilis.

Both the sauce and the new nuggets will hit menus on September 16, for a limited time.

“This is the first time we’ve introduced a new flavor of our classic Chicken McNuggets in the US since they came to menus in 1983,” Linda VanGosen, McDonald’s vice president of menu innovation, said in a statement. “As our customers have been asking for Spicy McNuggets for some time now, we couldn’t think of a better time to bring them to our menus.”

Wendy’s beloved spicy nuggets returned to menus last year. Burger King launched its own version of the menu item in 2017.

UBS analyst Dennis Geiger name-dropped the upcoming launch of spicy nuggets in a note earlier in August, saying the new menu item “could be a strong contributor” to sales at the chain. Geiger added that a “quality chicken sandwich” in the first half of 2021 or later this year might also be significant for McDonald’s.

The spicy nuggets come at a time when the chicken business is booming in the US. While many restaurants saw sales slump during the coronavirus pandemic, chicken chains such as Popeyes and Wingstop experienced explosive growth, as people ordered chicken to go and via delivery.

In addition to the spicy nuggets, McDonald’s is debuting a new Chips Ahoy! McFlurry in mid-September. According to the chain, the McFlurry will feature vanilla soft-serve, caramel topping, and cookies.

As McDonald’s rolls out its new limited-time menu items, some of the options removed during the coronavirus pandemic have still not returned, including salads and All-Day Breakfast. Many franchisees are lobbying in favor of making the simplified menu permanent, as a strategy to help speed up service.