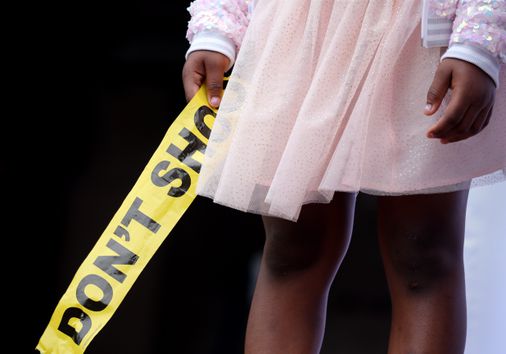 Mass. has an opportunity to lead the way on police reform

It all underscores not only the need for police reform to help change the culture of law enforcement that continues to lead to these tragic outcomes, but also how much we need to change the hearts and minds of people who still don’t understand that we all aren’t treated equally.

We must do better, and Massachusetts has an opportunity to lead the way with police reform legislation that is pending. Just as the Commonwealth did in becoming the first state to allow gay marriage, our leaders can make a bold statement about the true meaning of equal protection under the law.

The stops, arrests, shootings, and deaths we have witnessed — as with George Floyd, Jacob Blake, and others — are the result of a culture that facilitates consistent and systematic racial profiling and creates a racial double standard in our system of justice. Although it’s not every stop — and not every officer abuses their authority — the culture of policing still raises serious concerns. All these incidents, no matter how few or far between, have dramatic — and sometimes deadly — effects on people and communities. With the rise of police body cameras and cell phone videos recorded by active witnesses, we now can see example after example of how traffic stops can lead to something far worse than a ticket. And serving no-knock warrants leading to innocent people like Taylor being killed in their homes without any repercussions or justice.

A recent Harvard publication showed almost a third of shootings by police begin with traffic stops. Broken brake lights can lead to death, as it did for Walter Scott, the South Carolina man shot in the back by a North Charleston officer as he ran away following a traffic stop scuffle. Reaching for identification, as lawful gun owner Philando Castile did, can lead to being killed in front of your daughter. In the seven states that report this information — Connecticut, Illinois, Maryland, Missouri, Nebraska, North Carolina, and Rhode Island — data show police officers disproportionally pulling over more Black drivers than other groups in the same age population.

As our nation grapples with this generation’s civil rights moment, all eyes are on Massachusetts. Advocacy organizations and lawmakers alike are looking to the Commonwealth to see how we respond. Will we address disproportionate policing? Or will we yield to the status quo?

Let the passage of the Policing Reform Bill be our proclamation, and that it include:

Establishing a strong police officer standards and training system. We need a system to better investigate and punish violent and racist behavior among officers, and it cannot be constrained by standards that artificially make investigations harder to initiate. Additionally, a majority of the proposed Police Officer Standards and Accreditation Commission members must be:

▪ Civilians who are people of color, or

▪ Members of demographic groups with high rates of police interactions, or

▪ Working for racial justice organizations, or

▪ Some combination of the above

Limits on qualified immunity. Victims of police violence and egregious misconduct must be allowed to have their day in court, and that means reasonable limits on qualified immunity for officers. The language in the House bill doesn’t go far enough, but the Senate bill eliminates the current interpretation of the law requiring victims of police violence to show that the courts had “clearly established,” in prior cases, that the complained-of conduct violated the law or the victim’s rights. This standard has been broadly interpreted to deny victims of police violence justice in the absence of a prior court finding that nearly identical conduct constituted a violation of someone’s rights. The Senate bill would fix this.

Limits on police use of force. Evidence shows that no-knock warrants are disproportionately executed against Black and Latinx people. No-knock warrants must be limited to instances where officers can provide information about a specific, credible threat to officers’ safety and certify there are no children or elders in the home.

A ban on racial profiling and a requirement of data collection of all police stops. In one of his last court opinions, the beloved late Chief Justice Ralph Gants wrote that “the prohibition against racial profiling must be given teeth,” and that “judges should suppress evidence where a motor vehicle stop is motivated, even in part, by the race of the driver or passenger.” Massachusetts has ample evidence of ongoing racial profiling in stops of vehicles and pedestrians, but little has been done to document the breadth and depth of the practice. Requiring data collection, analysis, and reporting for all stops, frisks, and searches would go a long way toward ending racial profiling.

We have an opportunity to pass common-sense legislation so that all Massachusetts residents experience the same domestic tranquility and liberties outlined in our Constitution — no matter the color of their skin.

Let’s not waste this chance.

2020-10-01
Previous Post: Second Stimulus Check, ‘Similar’ to First, Will Be in Next Coronavirus Relief Package, Mnuchin Says
Next Post: Donald Trump vs. The Suckers Who Pay Their Fair Share of Income Taxes