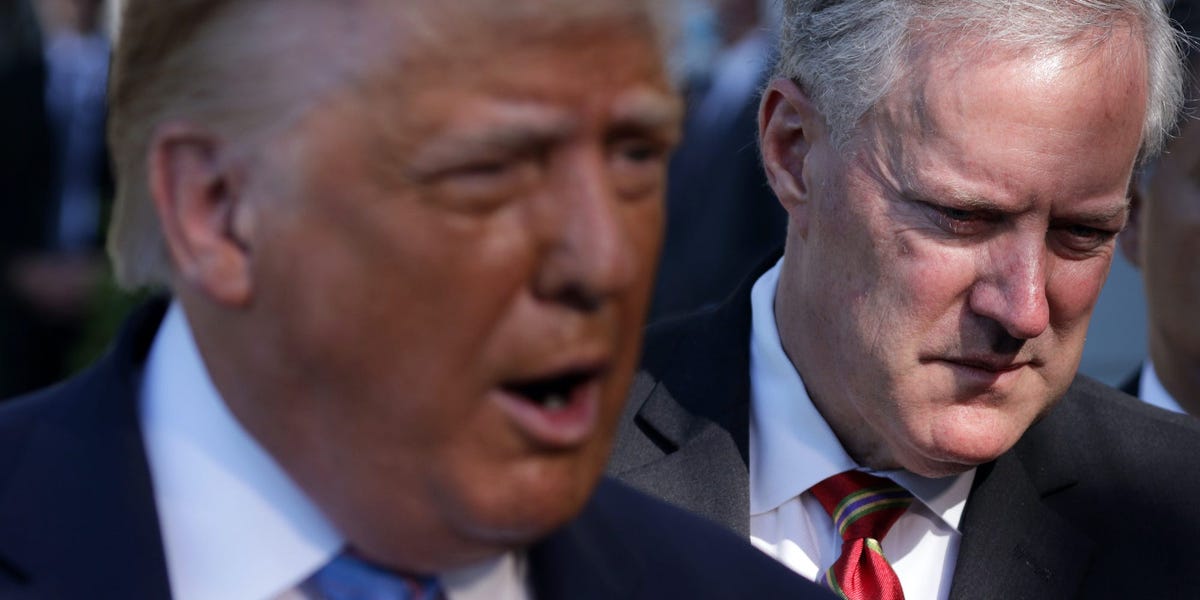 White House chief of staff Mark Meadows defended President Donald Trump’s unsubstantiated accusation that the Food and Drug Administration is part of a “deep state” conspiracy to hold up the development of a treatment for the novel coronavirus.

Trump took aim at the agency in a tweet on Saturday, where he wrote that the agency was “making it very difficult for drug companies to get people in order to test the vaccines and therapeutics” and “obviously, they are hoping to delay the answer until after November 3rd.”

Business Insider’s Dan Whateley previously reported that Trump has frequently used the term “deep state” to dismiss people and agencies around him as responsible for trying to hamper his administration, and there is no evidence the agency is delaying the development of treatments or vaccines to impact the presidential election.

Meadows said in a “Fox News Sunday” interview that “bureaucrats” were to blame for the delays, and the White House was poised to “cut the red tape.”

“We’re not going to cut corners on any kind of research we can do, but what we will do is cut the red tape,” Meadows said. “And what the president was specifically addressing is something that I’ve been involved with over the last three or four weeks, is a real frustration with some of the bureaucrats to think that they can just do this the way they normally do it.”

The White House official told host Chris Wallace that Trump was “right to call” out the agency in a stroke of “unprecedented action.”

“We are facing unprecedented times, which require unprecedented action,” Meadows said. “This president is right to call it out, and I can tell you that the announcement that’s coming today should have been made several weeks ago.”

Meadows told ABC’s “This Week” in a Sunday morning interview that the announcement would put the “heat” on the agency, where “there are a number of people that do not see the same sense of urgency as he sees.”