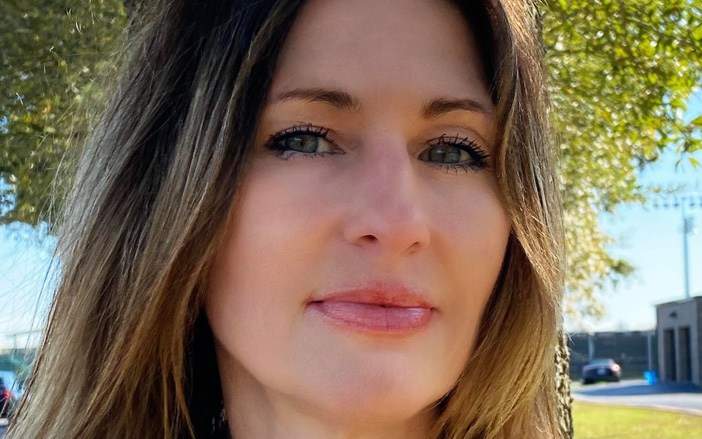 ‘It would have been fine if COVID wouldn’t have hit’

Author’s note: This is not MY personal story, per se, (despite the “my pandemic business story” headline), but a story told by our readers, week by week. Today’s is shared by Karen.

You might have heard that owning a business these days can be a real challenge, in this age of coronavirus. But how? In what ways? We’re going to tell you. To contribute your own experience, scroll all the way down to the bottom of this article and tap the link.

In January 2019, Karen Madaras and her business partner took a leap of faith — or a powerful, ninja-warrior-style athletic jump, to be more accurate: They opened a themed gym in the Memorial area of Houston.

People were driving in from all over to visit the gym. First they wanted to see Madaras’ business partner, Sam Sann, who actually built the first ninja warrior gym in the country and is known by some as the sensei of the sport, Madaras said.

The Sam Sann Warriors gym focuses on family membership. There are a ton of options for children, but parents can get involved too, taking ninja classes, having their kids cheer them on, and it’s a really cool experience in which everyone has the opportunity to get in shape together, Madaras said.

At one point, the gym was hosting 10 birthday parties a weekend in addition to its classes and other offerings. Business, as they say, was booming.

Madaras and her partner decided to look for a bigger commercial location, figuring they could use the extra space. They found something that fit the bill, signed the lease, and “it would have been fine if COVID wouldn’t have hit,” Madaras said.

But of course, the coronavirus did hit — arriving in the United States in the beginning of 2020, throwing businesses like the gym for a loop, to put it mildly.

And it wasn’t just the move and the new location that Madaras had on her mind. Something much bigger rose to the surface: Cancer.

“We were scheduled to move right at the beginning of March,” Madaras said. “We started running the original and the new location, we were moving, building out new obstacles, (doing the) framing system, and then right before our move, or in January, I started feeling kind of off.”

One of her first indications that something wasn’t right was a persistent cough.

Madaras didn’t think much of it at first. She’s in her 40s, she lives a healthy lifestyle, and said she’s been pretty religious over the years about eating organic foods, exercising and working out with her daughters, who are now 12 and 15 years old.

But as time went on, Madaras felt suspicious that something bigger might be lingering under the surface. She was right to listen to that instinct.

It was actually about 10 months earlier when she started experiencing some swollen lymph nodes. Madaras even visited her doctor several times, expressing concern and wanting reassurance that everything was OK. One medical professional told Madaras that her lymph nodes were just more predominant because she was so fit — and said not to worry.

“But in January, one of my clients came in, and I hadn’t seen her for a long time. She had just finished her chemotherapy for lymphoma,” Madaras said. “I asked about her symptoms (leading up to the diagnosis) and she said swollen lymph nodes and tiredness.”

That sounded familiar. Too familiar.

So Madaras visited her doctor again, this time cutting to the chase, and saying something to the effect of, “I just want to make sure I don’t have cancer.”

The doctor ran some tests and sent her to an oncologist, where Madaras learned the news: her intuition had been right all along. She was diagnosed with stage four lobular carcinoma, a type of breast cancer.

It’s not the news anyone wants to receive. But at least she finally had an answer.

So between the pandemic, the uncertainties involving the gym and a battle with cancer, this year has been “quite a trying time,” Madaras said.

But even just in talking to her over the phone, Madaras is warm, bright, cheery and vibrant. She’s been able to see the silver lining in all of this. In fact, her older daughter, who graduated high school at the age of 15, is now attending Rice University. She recently changed her major to cell biology so that she can become a breast cancer researcher, and hopes to find a cure someday. She even started a baking website to help bring awareness to this type of cancer.

“With my cancer diagnosis, she found her passion,” Madaras said.

As for Madaras, the cancer spread to her bone marrow, which wasn’t great news, but she said she’s feeling well, all things considered. She currently takes an at-home chemotherapy drug. Her fingers are crossed that her body doesn’t become resistant, but for now, it’s working.

She has to get a CT scan every so often, but the scans are positive, and the cancer hasn’t spread any more.

Madaras is back at the gym, and said she feels safe there, considering it’s such a controlled environment. And she’s the one doing the controlling.

They’re spraying down shoes, “fogging” the gym and the foam pit (which is a way to sanitize or sterilize those spaces), conducting temperature checks, and requiring masks for anyone ages 10 or older.

“We’re really careful,” Madaras said. “I’m the one controlling what we’re doing for COVID policies. But I feel comfortable having kids there, and being there myself.”

What’s next for the gym?

Sam Sann Warriors had to shut down in March due to the pandemic. Reopening happened slowly: first for summer camps in June, but numbers weren’t very high.

A lot of their previous business involved birthday parties, and they went from 10 in one weekend to one in a whole month. Sales were a quarter of what they were compared to the same time last year.

But the gym has members who’ve continued to support the facility throughout the pandemic; in fact, “If it weren’t for them, we might have gone under,” Madaras said.

She remains so grateful for their unwavering loyalty.

The gym initially offered online video classes to help members stay in shape, but it was just such a different experience, compared to an in-person gym.

The whole situation made Madaras question, “Is this what I want to do?”

Between the work stresses and the health stresses, there was just a lot to juggle, mentally and physically.

And that stress isn’t quite in the rear-view mirror just yet.

Madaras and her partner are rent-free at the moment, because of the new location, but they’ll have to start paying soon. They hope business will pick back up, but they realize it remains a strange time for many.

Their class sizes have increased, slowly but surely, since school started. The gym is even offering a distance-learning “ninja dropoff” site, providing kids a safe, quiet and structured environment to complete their assigned curriculum. It’s a cool concept meant to benefit working and stay-at-home parents alike, who could use the extra hand.

It’s been a tough year for many people. Madaras knows she’s not alone. Still, 2020 brought the death of her mother, the death of her cat, and she finally received a cancer diagnosis after being told on several occasions that everything was fine. Her car was broken into. Her business remains on edge.

“Yeah, I’m ready for this year to be over — or to crawl into a cave somewhere,” Madaras said with a laugh. “But we’re fighting through it. … I’ve had several women and moms who (will) say, ‘I’ve read your story. You’re the reason I came to work out.’”

She loves that. It brings a smile to her face, and helps her keep going. She wants to pay it forward, too. The gym is even offering people with metastatic breast cancer a free membership. Madaras gets her strength from the people around her, and wants to remain a force for good in her community.

“In my class (the other day), a family who just joined the gym (said they) came because they heard about my cancer. The mom said her mother died of breast cancer when she was in college and the dad’s father was being treated for a rare blood cancer. I cried when I heard their story. Partly because it was heartbreaking, and because I don’t want my daughters to go through that. We talked about how important it is that the mom gets checked regularly and I gave her a reference at Baylor College of Medicine. … I hope more people come to the gym, share their stories and get stronger and stay healthy.”