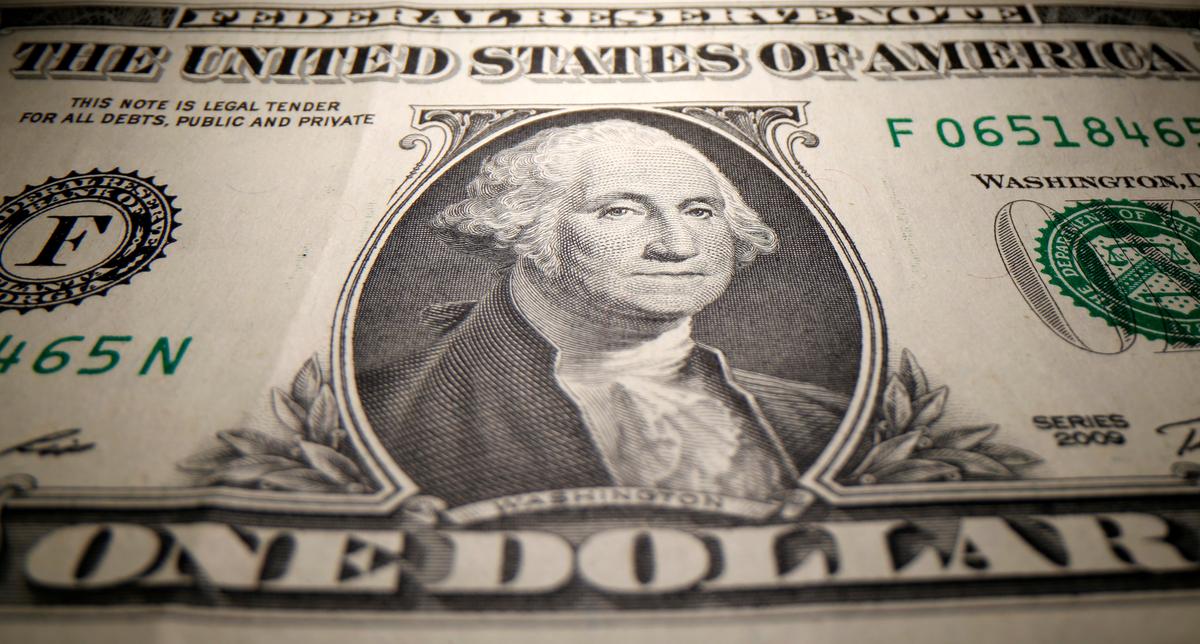 TOKYO (Reuters) – The dollar nursed losses against most currencies on Wednesday as traders braced for U.S. data expected to show a slowdown in durable goods orders and a key speech by Federal Reserve Chairman Jerome Powell.

FILE PHOTO: A U.S. Dollar banknote is seen in this illustration taken May 26, 2020. REUTERS/Dado Ruvic

The greenback took a hit after data on Tuesday showed U.S. consumer confidence tumbled to the lowest in more than six years due to concern about the coronavirus-induced job losses.

Traders will look to Powell’s speech on Thursday at the annual Jackson Hole retreat to determine what steps the Fed is willing to take to safeguard a fragile economic recovery.

“I expect Powell to use forward guidance to send a dovish message that rates will remain low for a long time, which feeds into dollar weakness,” said Minori Uchida, head of global market research at MUFG Bank in Tokyo.

“You could say we are in a long-term correction of excessive dollar strength.”

Against the euro EUR=D3, the dollar stood at $1.1833 in Asia on Wednesday following a 0.4% decline in the previous session.

Sterling has managed to shrug off a lack of progress in trade negotiations between Britain and the European Union.

The dollar bought 0.9082 Swiss franc CHF=EBS, close to the lowest in more than five years against the safe harbour currency.

The dollar managed to hold onto slim gains against the yen JPY=EBS, last trading at 106.35.

Powell’s speech at Jackson Hole – held online due to the coronavirus outbreak – is by far the biggest event of the week, but the data calendar leading up to Thursday has been discouraging.

Data later on Wednesday are forecast to show growth in U.S. durable goods orders slowed in July, following from the U.S. consumer confidence report for August, which fell to the lowest since May 2014 – highlighting policymakers’ concerns about the economy.

Investors in Asia will closely monitor the yuan CNY=CNFX when it opens trade to see if the Chinese currency continues to ride a wave of optimism after Washington and Beijing affirmed their trade deal.

Trading in other currencies could be subdued due to a lack of major economic releases during the Asian session.

The Australian dollar AUD=D3 edged up to $0.7205 but is likely to remain in a narrow range as markets monitor a coronavirus outbreak in the state of Victoria.