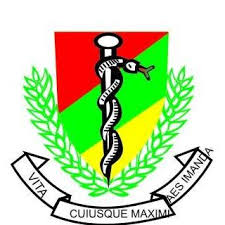 The Nigerian Army Medical Corps (NAMC) and School of Medical Sciences (NASMS) on Tuesday warned Nigerians against patronage of websites offering to secure admission into the school at a fee describing them as fake and fraudulent.

The army gave the warning following reports that some websites not related to the school were luring prospective applicants with promises to secure admission for them at a fee.

According to a spokesman for NAMC, Lieutenant Yusuf Mohammed, the headquarters Nigerian Army Medical Corps and Nigerian Army School of Medical Science have no role in the establishment or operations of “these fraudulent social media websites. Invariably, we wish to warn the general public to be wary of these accounts and that anyone conducting any business with them does so at their own peril.

“For the purpose of clarity, the Nigerian Army School of Medical Science (NASMS) does not admit civilians and has not adopted the online mode of application for admission and payment. The public is hereby notified and forewarned about these fake social media accounts,” he said.

2020-08-25
Previous Post: American Airlines plans to furlough 17,500 workers in October
Next Post: Are Your Business Values Aligned With Employee Values?