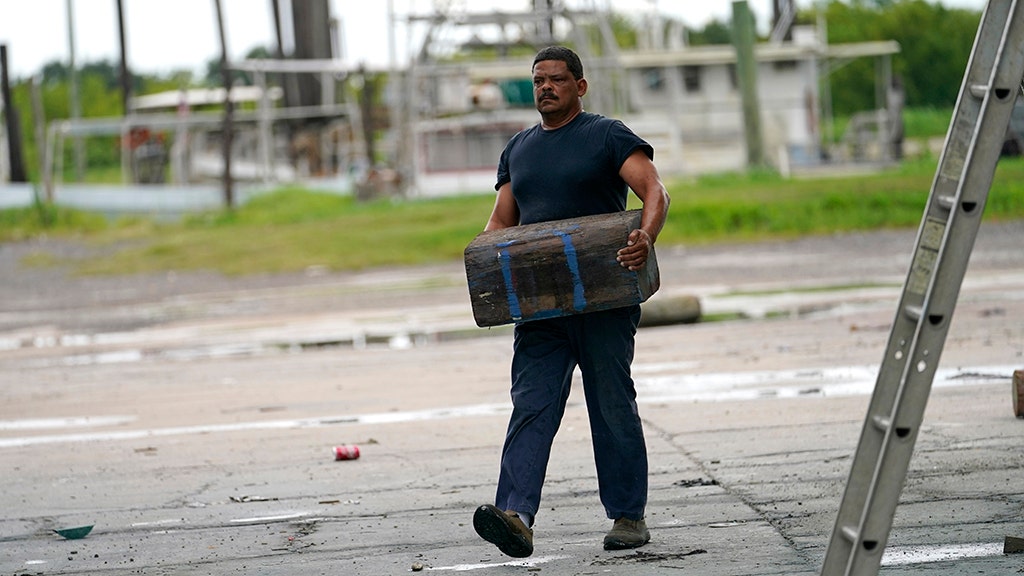 The Schork Group principal Stephen Schork discusses the price of oil and what it means for the economy.

SINGAPORE – Crude oil prices were mixed on Tuesday as traders weighed massive production cuts in the U.S. Gulf Coast from Tropical Storms Marco and Laura against rising coronavirus cases in Asia and Europe.

LARGEST US REFINERY SHUTS DOWN DURING STORMS

“A jump last week in the U.S. rig count and mixed data on COVID-19 infections are having a muted negative effect on oil this week, thanks in part to the possible disruption from two separate hurricanes moving into the U.S. Gulf Coast region,” said Stephen Innes, chief global markets strategist at AxiCorp.

Mike Bartholemey carries a block to place under his recently dry-docked shrimp boat, out of concern for strong winds, in Empire, La., Sunday, Aug. 23, 2020, in advance of Hurricane Marco, expected to make landfall on the Southern Louisiana coast. (AP

A top U.S. infectious diseases expert warned on Monday that rushing out vaccines could undermine trials of other promising candidates, following a boost to markets after U.S. regulators authorised the use of blood plasma from recovered COVID-19 patients as a treatment option.CLICK HERE TO READ MORE ON FOX BUSINESS

Europe is also seeing a rise in coronavirus cases while the first documented case of human re-infection with COVID-19 was reported with a man in Hong Kong catching the virus again some four months after first being infected.

Elsewhere, China said on Tuesday it agreed with the United States to continue pushing forward the implementation of the bilateral Phase 1 trade deal reached earlier this year during a call between the two countries’ top trade negotiators.