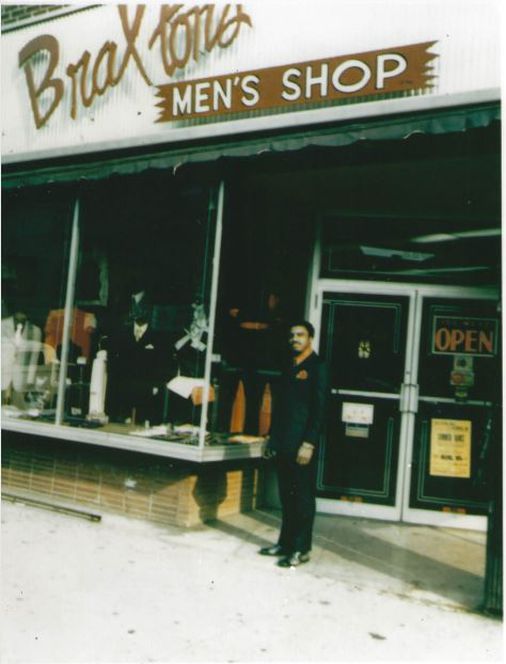 Buying from businesses owned by Black people is a good start. But not enough.

As the African-American daughter of retired business owners, I look at this campaign to “buy Black” with skepticism. I fear it could become little more than checking off a box for white Americans, who will make their transactions and feel they’ve done their part to address the “race problem.”

Of course, it’s a good thing that many white Americans are responding to the call for action by spending money with Black businesses. But an improvement in race relations will not occur by encouraging the public to purchase from a certain racial demographic. It will not lead to cross-racial sensitivity or understanding.

I watched my parents make their living operating a men’s clothing store in Bridgeport, Connecticut, from 1969 well into the 2000s. Their customer base was mostly Black, even though the city was predominantly white for most of those decades. Support from white shoppers would certainly have helped their bottom line, but engagement from white customers beyond simply making purchases could have led to something much richer.

After my parents opened their business, it quickly became a community center of sorts. Residents stopped by to purchase a dress suit, a tie, or a pair of socks, and also to discuss the issues of the day and get to know each other. Alliances were forged. Lifelong friendships were made.

My parents regularly purchased chicken dinners sponsored by neighborhood churches, bean pies from a nearby mosque, and souvenir journal ads from community organizations raising money for a variety of causes. They sponsored uniforms and equipment for a Little League team. My parents were invited to the annual Little League awards banquet, and my father was asked to speak, which helped open the young athletes’ minds to the possibility that they, too, could one day become entrepreneurs. Dad mentored, among others, an undergraduate student majoring in business at the local university, teaching him the trade and helping him to fulfill college credits.

Imagine if more of their interactions had been with white members of the community. It could have been a step toward opening the door to the hard work that needs to be done for racial healing to begin. White Americans can leverage “buying Black” into something culturally significant — making an emotional investment in Black Americans, leading to meaningful and tough conversations that can generate a better understanding on all sides.

A few years ago the City of Bridgeport was considering using eminent domain to take the store property and adjacent buildings that my parents owned. Residents and Black community leaders rallied around my parents, calling community meetings, talking to the media, insisting that my parents be properly compensated for the properties. I believe the residents came to their aid because the clothing store had become part of the fabric of the neighborhood. There is no reason why similar relationships could not have been formed and mutually beneficial acts could not have occurred with the city’s white residents.

Those who now choose to support Black businesses must make an emotional investment in them and the people who operate them. There is nothing more impactful than humans interacting with each other, having social encounters with each other to share perspectives and learn to respect divergent views.

Buying Black can lay a foundation. But as white Americans purchase from Black businesses, they need to go beyond the shopping cart and get to know the business owners and entrepreneurs they are buying from. Strike up conversations with them. Discover other ways to support Black businesses and also how the businesses can support them. These investments will create opportunities for relationships to grow and new alliances to form.

Our country is broken. We have an opportunity in the midst of racial outrage to begin tearing down the walls of racism to build something much better. It will be an arduous journey, but one that must be taken.

Lisa Braxton is a Boston-area writer and the author of the novel “The Talking Drum.” Send comments to magazine@globe.com.