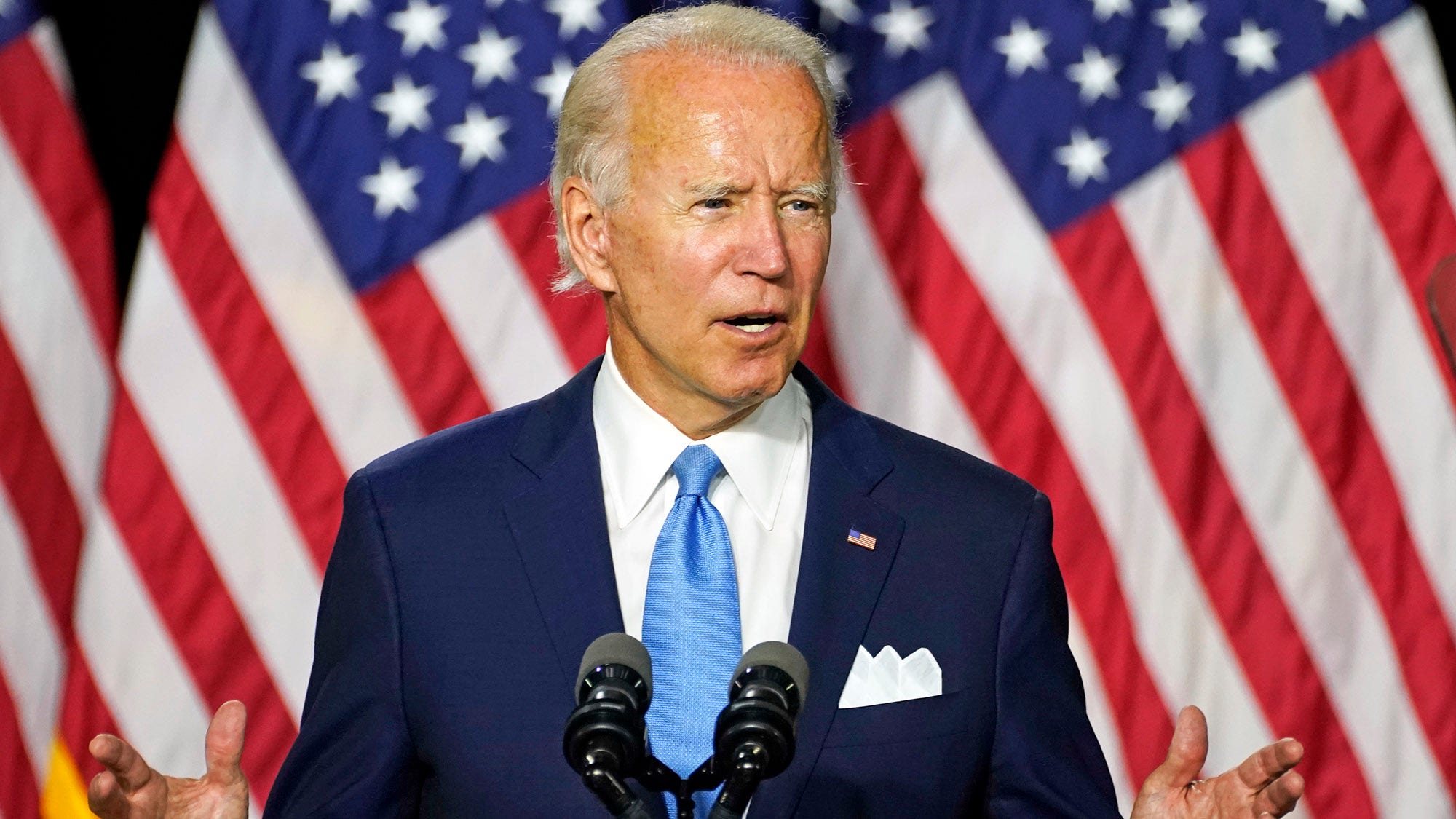 During his recent acceptance speech at the Democratic National Convention, Democratic presidential nominee Joe Biden touted his “economic plan” as being “all about jobs, dignity, respect, and community.”

As wonderful as it sounds, there are serious problems with both Biden’s memory and his would-be utopia.

BIDEN PROMISES TO RAISE TAXES ON AMERICANS MAKING MORE THAN $400,000 PER YEAR

It’s the Obama/Biden economic plan redux, only Biden would put that failed plan on steroids.

The result would be a return to an era when workers faced stagnant wages, competed to fill a limited number of job openings, and dropped out of the labor force when they were unable to find one.

You don’t have to be Nostradamus to predict this result. You just have to compare the Obama/Biden economy and the Trump economy.

Under President Trump, those numbers flipped. By March of 2018 there were more job openings than people looking for work for the first time since the government began reporting the data. That remained the case for the next 24 months (until the pandemic hit) with job openings consistently exceeding people unemployed by over 1 million.

Under Obama/Biden, workers competed for a limited number of jobs and, as a result, wage growth never hit 3% for virtually their entire administration. Over that eight-year period, employees with jobs saw their wages increase on average by just over 4 cents a month).

Under President Trump, with employers competing for employees to fill abundant job openings, wage growth was at or above 3% for 20 consecutive months (until the pandemic). Employees’ wages also increased on average by over 7 cents per month (75% better than under Obama/Biden).

The impact of meager job openings and stagnant wages in the Obama/Biden years was telling. People who were unable to find good-paying jobs often dropped out of the labor force either discouraged or retiring. Labor participation dropped from 65.7% when Obama/Biden took office to 62.8% when they left. Some of that decline was Baby Boomers retiring, but not all of it.

With plentiful job openings and wages increasing under President Trump, those workers began returning to the labor force and participation increased to 63.4% (again, pre-pandemic), despite Baby Boomers continuing to retire.

According to a report by the Tax Policy Center, an independent group that models the effects of tax legislation, Biden is proposing to raise taxes a massive $4 trillion by both repealing the job-creating Trump tax cuts and increasing taxes “on all income groups” with the largest increases hitting high-income households and businesses.

Yet even those massive tax increases would be insufficient to cover the costs of Biden’s proposed $7 trillion in increased government spending, including $2 trillion just to address climate change.

The government expansion required to implement Biden’s radical climate plan alone would dwarf the massive regulatory onslaught of the Obama/Biden era. So-called “green” policies have become the left’s favored vehicle for advancing their big-government agenda. Unprecedented government control over our economy isn’t just a feature of this climate agenda; intrusive government is the agenda.

Biden would take America from a nation with abundant and inexpensive energy – the world’s leading energy producer – and put the entire nation on a path similar to that of energy-deprived California, or worse.

Higher tax rates and regulatory costs reduce the monies available for businesses to grow and create jobs. Higher-income tax rates for individuals decrease the consumer spending businesses depend upon for growth.

When you reduce both the monies available for growth and for consumer spending you deter business start-ups and expansion while encouraging cost-cutting, all of which kills existing jobs and reduces job growth.

Rather than “jobs, dignity, respect, and community,” Biden’s plan to grow the government would once again produce anemic opportunity, government dependence, despair, and division.

Andy Puzder was chief executive officer of CKE Restaurants for more than 16 years, following a career as an attorney. He is currently a Senior Fellow at the Pepperdine University School of Public Policy.” He was nominated by President Trump to serve as U.S. labor secretary. In 2011, Puzder co-authored “Job Creation: How It Really Works and Why Government Doesn’t Understand It.” His latest book is “The Capitalist Comeback: The Trump Boom and the Left’s Plot to Stop It” (Center Street, April 24, 2018).