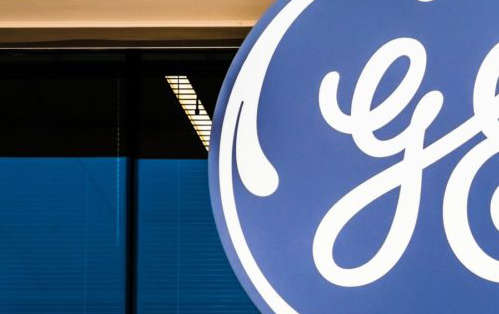 Air Travel Has Some Harsh Reality Checks for General Electric

If there’s one legacy company that could use some good news, it’s General Electric (NYSE:GE). Well before the pandemic, the iconic firm has been scrambling to de-risk its businesses. Actually, the situation was looking brighter until the novel coronavirus struck. But since then, GE stock has been struggling to gain traction.

© Provided by InvestorPlace
The General Electric (GE) logo on a building


So, the news that the industrial giant inked two new deals with the Iraqi government to bolster the nation’s power infrastructure was seemingly just what the doctor ordered. One contract is worth $500 million, involving maintenance of critical power plants. The other is worth $727 million, focusing on Iraq’s transmission network with Jordon’s electrical grid, according to TheStreet.com’s Martin Baccardax. GE Power and Gas CEO Scott Strazik stated:

“GE has a long history in Iraq, and we continue to deliver on our promise to the nation and its people. In recent years, we have further accelerated our project execution to scale up and rebuild the country’s electricity infrastructure.”

Theoretically, this should have been the catalyst that GE stock was looking for. Instead, shares dropped nearly 2% on the day of the announcement. What gives?

As you know, General Electric’s power segment is a critical component of the overall business. Last fiscal year, it generated $18.63 billion in revenue, the third-largest sales maker. Further, this segment was more resilient in terms of coronavirus-related damage.

However, the inescapable fact for GE stock is that the underlying company’s biggest moneymaker by a country mile is its aviation unit. Last year, the segment rang up $32.88 billion in top-line sales, nearly 65% higher than the second-largest segment, GE Healthcare.

Without a viable recovery in the airliner industry, GE stock will face severe challenges.

Over the last several weeks, both the mainstream media and investment analysts have taken encouragement from recent air travel demand. Based on screening data from the Transportation Security Administration, the number of people flying from U.S. airports has increased exponentially from this April’s lows.

Back then, there were days when fewer than 100,000 people traveled by air. Obviously, a continuation of this dreadful figure would have been devastating, not only for GE stock but for individual airliners like United Airlines (NASDAQ:UAL) and Southwest Airlines (NYSE:LUV).

However, the problem remains that the air travel industry cannot survive on passenger volume that’s only 30% of year-ago levels. Unfortunately, we’re not seeing much improvement in this department, causing American Airlines (NASDAQ:AAL) to halt services to certain cities.

Frankly, I can appreciate why AAL made the decision. Without federal support, the air travel industry is not sustainable in its present form.

Even worse, the “quality” of those passengers who are flying have declined precipitously. From January through May, total air passenger miles traveled was 229.3 billion. If air miles traveled were suddenly back to 2019 levels for June onward, the total miles traveled by the end of this year would only be 852.2 billion.

To put this figure into perspective, we’d have to go back to 2013 (when miles traveled was 848 billion) to see such lowly distances. In my opinion, the people who are traveling by air now are doing so because they have to.

If they were on vacation or traveling great distances for business, you’d expect the miles traveled to be much larger. Perhaps we may return to that point. But until we have clear signals, I’m not sure it’s worth gambling on GE stock.

Investors shouldn’t dismiss the Iraq power and infrastructure deal. I always appreciate companies who don’t settle for excuses but punch back, even against overwhelming odds. But the warm and fuzzies are not what will help GE stock. Unfortunately, the reality is that unless air travel returns to normal, General Electric will struggle justifying its valuation.

In a way, the present crisis is a double-whammy. First, you have the fact that fewer people are flying, which hurts GE’s aircraft engine and equipment sales. Second, that fewer miles being flown means that there’s less demand for maintenance. As American Airlines demonstrated, if the problem is too severe, companies will outright stop flying certain routes.

Finally, even in the pre-pandemic years, GE stock struggled despite air miles traveled hitting all-time records. With a catastrophic loss of those miles, the narrative is now uglier for General Electric. I wish I could say something more encouraging here, I really do. However, those who are not interested in speculation should just look at the numbers and make the decision accordingly.

A former senior business analyst for Sony Electronics, Josh Enomoto has helped broker major contracts with Fortune Global 500 companies. Over the past several years, he has delivered unique, critical insights for the investment markets, as well as various other industries including legal, construction management, and healthcare. As of this writing, he did not hold a position in any of the aforementioned securities.

2020-08-26
Previous Post: The CEO of secretive data analysis startup Palantir made over $12 million last year, and will get $800,000 in travel stipends in 2020
Next Post: Online Business Scams Decline as Consumer COVID Fraud Rises | Cybersecurity