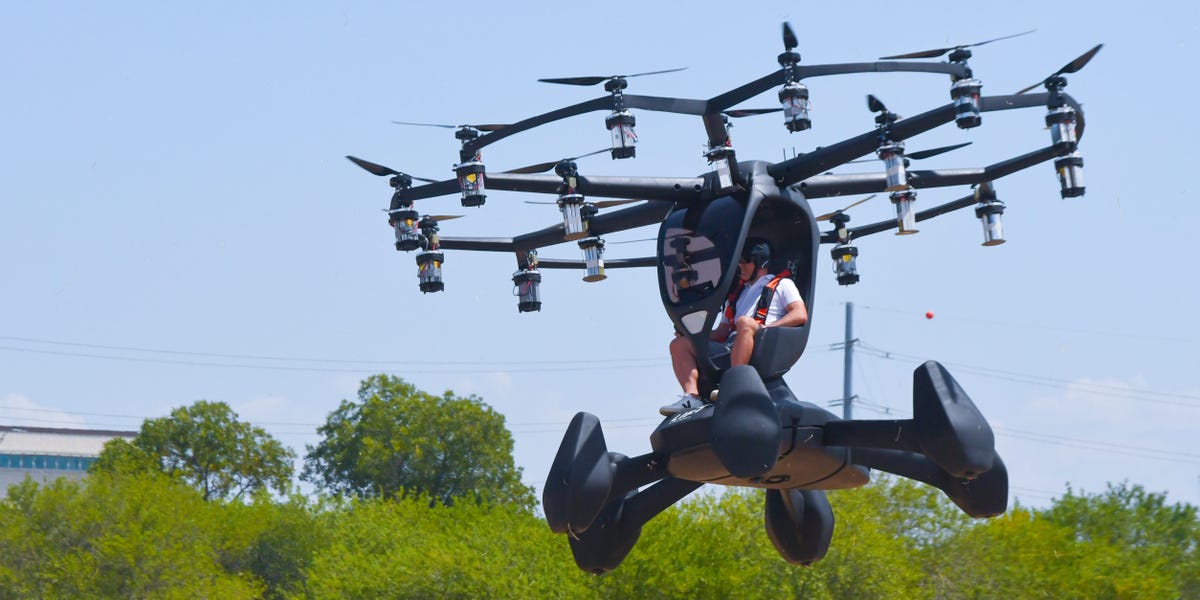 Others in attendance were members of the Texas National Guard and AFWERX, an Air Force innovation team.

The demonstration at Camp Mabry featured a Hexa vehicle developed by LIFT Aircraft. The vehicle has 18 independent electric motors and propellers, has floats for amphibious landings, and can be flown without a pilot’s license, according to the website.

Will Roper, the Air Force’s acquisition chief, first announced the service’s interest in “flying cars” last September, and in February, the Air Force issued a request for industry ideas for what the service calls ORBs, which are not traditional military vehicles but could support similar missions.

“An ORB could act as an organic resupply bus for disaster relief teams, an operational readiness bus for improved aircraft availability, and an open requirements bus for a growing diversity of missions,” the solicitation document read.

In April, the Air Force officially launched the Agility Prime program and its search for flying cars. “Now is the perfect time to make Jetsons cars real,” Roper said in a statement.

LIFT, which has been working on its design for years, announced its partnership with Agility Prime the same month.

Col. Nathan Diller, AFWERX director and Agility Prime lead, said in a statement following the recent demonstration that the flight “marks the first of many demonstrations.”

Diller added that near-term flight tests are “designed to reduce the technical risks and prepare for Agility Prime fielding in 2023.”

When Agility Prime was officially launched in April, the Air Force secretary said: “The thought of an electric vertical take-off and landing vehicle — a flying car — might seem straight out of a Hollywood movie, but by partnering today with stakeholders across industries and agencies, we can set up the United States for this aerospace phenomenon.”

Roper previously said that the service wants to eventually aquire 30 flying cars. The Air Force said in a recent statement that it has more than 15 leading aircraft manufacturers looking to partner with Agility Prime to develop flying cars for the service.