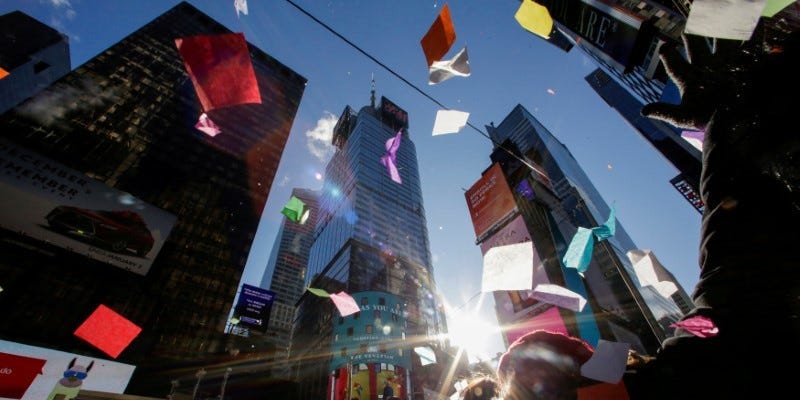 Something strange happened on Monday. First it was one, then another, and then more still. S-1 filings — the prospectuses that companies file with the SEC when they plan to go public — were dropping everywhere, as if someone had waved a flag to let tech companies know that the time to IPO was now.

If you’re feeling overwhelmed, don’t worry: We put together this guide to help you make sense of everything.

The most immediate thing you’ll notice about all the companies that filed paperwork to go public on Monday is that they are enterprise tech companies, that is, tech companies that sell their products to other companies. We’ll talk about why enterprise is having this moment shortly, but first, here are some of the other notable takeaways from the IPO stampede:

So why are all the IPOs in Enterprise Tech anyway?

Five of the S1 filings yesterday were enterprise tech companies. Is this a sign that consumer tech doesn’t have any successful startups, or is there something special about enterprise tech right now?

Matt: There’s a recent quote from Microsoft CEO Satya Nadella that keeps getting passed around: “We have seen two years’ worth of digital transformation in two months.” Which is to say, every company everywhere is suddenly under pressure to modernize their IT infrastructure — retailers are leaning harder on e-commerce than ever before, doctors need ways to consult patients remotely, and corporations need to make sure that newly-remote employees can access all their apps and data from wherever they are.

(Or, as an oft-repeated joke on Twitter goes: Who’s driving your digital transformation? The CEO, the CIO, or COVID-19?)

This means that it’s the right time for enterprise- and developer-focused startups to shine. Snowflake, for example, helps companies store their cloud data in a way that makes it easier to analyze. Asana is a project management tool that’s risen to prominence in the WFH world. JFrog is a popular tool to help developers deliver more code, more quickly, while Sumo Logic helps IT departments analyze their data. Even Unity, which makes software to help developers build games that can be more easily brought from PC to console to smartphone and back, is likely benefiting from how much more people are playing video games now that they’re largely stuck at home.

All of which is a long way of saying that a lot of these companies seem to be in the right place at the right time.

But wait, none of these companies are profitable. I thought enterprise tech was supposed to be the part of the tech industry that actually makes money?

Matt: Yeah, that’s the other thing. For companies like Snowflake, the lack of profitability makes a certain degree of sense: Like Uber, Dropbox, and even Facebook before it, Snowflake is in growth mode, meaning that it’s spending a lot of money to develop its product and acquire customers now so it can be even bigger later.

Asana and Unity, however, are a little older than Snowflake, and show fewer signs of that hypergrowth — though they do both show year-over-year revenue growth. It’s hard to know what exactly to make of that, but it’s not clear when or if either will reach profitability.

Anyway, when was the last time that profitability was a prerequisite for an IPO? (No, I’m seriously asking. I can’t remember the last time a major tech company was profitable at the time it listed. Maybe Atlassian in 2015?)

Sumo Logic, one of the companies going public, has a customer case study in its S1 about Jfrog, another company going public. Is there an interdependence risk here, in which a slowdown at one company starts a chain reaction that takes other companies down too?

Matt: It’s hard to say, honestly. There are always a few caveats when developer-focused startups talk about customers: JFrog, Sumo Logic, and pretty much every other startup of their ilk offer a free tier of service, or at least a free trial. This is a key part of the sales strategy — it means that they can spread by word of mouth, as developers who like a service can get their friends and colleagues to sign up, as well, eventually pushing a company into ponying up for a paid account with more features.

This approach, however, means that when companies like JFrog boast about having Microsoft, Amazon, or Netflix as customers, it’s hard to know what that means. Is it just one team or division running the software? Or is it the whole company? It’s not always clear, except in rare cases where a single customer accounts for so much revenue that they have to disclose it to investors.

The other piece is that a lot of customers, particularly the largest ones, don’t always like speaking in depth about which technologies they use, or to what extent. The result is that a lot of the attention then falls on relatively smaller customers — like we see with Sumo Logic and JFrog — who are more willing to dive deep on how exactly they’re using the product.

Finally, it is a truth universally acknowledged that a developer at a cutting-edge tech startup, being in possession of a novel use-case, should be in want of something equally new to play with. Which is to say, developers at companies like JFrog are so immersed in cutting-edge technologies that they make natural early adopters of products like Sumo Logic.

You can read Matt’s weekly thoughts on enterprise tech every Friday in his Hyperscale newsletter, on LinkedIn.

Battle of the mission statements

Of course, it’s not a tech IPO without a founders’ letter or an inspiring mission statement. And Monday’s crop did not disappoint.

Sumo Logic is dedicated to empowering organizations to “close the intelligence gap,” while Asana is on mission to “help humanity thrive by enabling the world’s teams to work together effortlessly.”

Unity CEO John Riccitiello — a game industry veteran who served two stints at the top of EA — wrote a letter in which he reminisced about encountering people with Unity’s 3D logo “tattooed on their bodies, in permanent ink.” But Asana’s founders, Facebook cofounder Dustin Moskovitz and former FB engineer Justin Rosenstein, out-wrote everyone else, with a magazine-article length founders’ letter weighing in at nearly 3,000 words.

I’m going to give top honors to Jfrog however, for cleverly triggering a John Lennon song in your head when you think of the company: Imagine there’s no version.