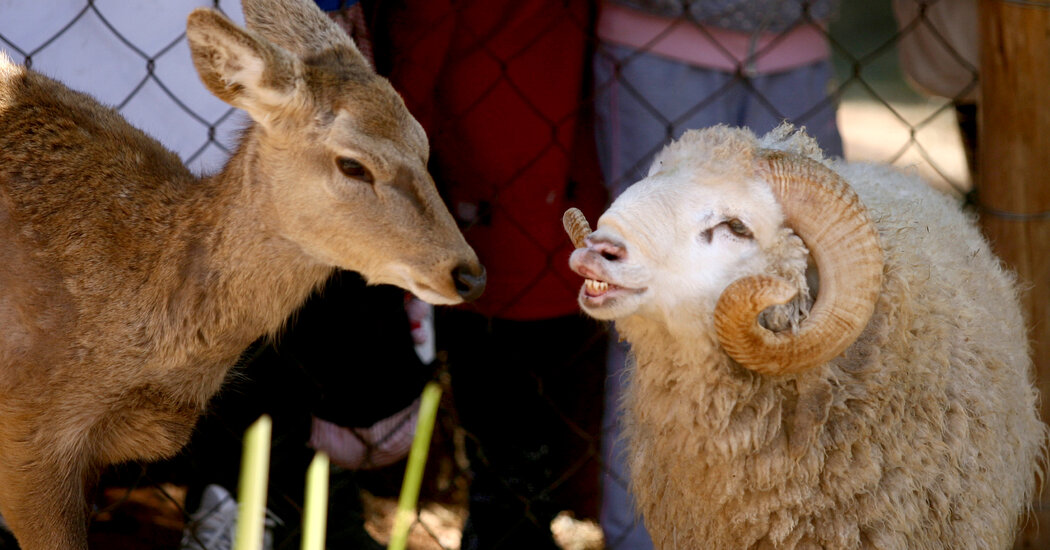 At 24A, an “Investment for a butcher?” is not nearly as clear. I’ve been brainwashed into the bone broth cult, and it took me a few crosses to think of good old BEEF STOCK.

At 48A, the second part of the entry fell into place before the first. An “Investment for a physicist?” is an IONIC BOND, where two atoms are drawn together by a powerful attraction between their electrons.

At 55A, “Investment for a restaurateur?” is a two-way pun that confused me. Are we talking about computers now, with a reference to a MENU OPTION?

Let’s see — GOLD, STOCK, BOND, OPTION … it took looking at them all completed in the grid to see that part of the theme, financial structures. There’s another part, though, explained by the reveal clue: “Collection that demonstrates job skills …” or WORK PORTFOLIO. Each entry is terminology from its industry, as well as containing a business term.

Excited to have my second puzzle published in The New York Times! This puzzle started simply by brainstorming phrases that ended in types of investments. The idea of cluing them as punny investments for different professions was there from the beginning. Initially I had ATOMIC BOND until Googling uncovered that the accurate term is IONIC BOND. Who knew? I apologize to my high school science teachers. I also started with OLYMPIC GOLD (the too-obvious “Investment for Gymnasts?”) and JOHNNY CASH (the groan-inducing “Investment for Plumbers?”). I was planning on having five theme answers and no revealer but eventually stumbled onto WORK PORTFOLIO, which also allowed me to get rid of the CASH answer. With IONIC BOND/BEEF STOCK matched at nine letters, I struggled for a while to come up with a 10-letter phrase to pair with the stronger COMEDY GOLD answer. I finally hit on MENU OPTION, which with its clue is the weakest theme answer, but I felt was acceptable.

This was the third puzzle I submitted to The New York Times and it was initially rejected. While the editors liked the theme, the fill had a lot of issues — obscure abbreviations, awkward phrases. Looking back I would not submit that puzzle today, it’s pretty tragic. A couple of months later, with some additional constructing experience, I revisited the puzzle. I started by redoing the grid and things came together when I opened up the center and connected the three central theme answers with EL TRAIN. That seemed to free up the corners for better fill options. One thing I learned on this puzzle was the importance of trying different grid designs to see which fills best.

Subscribers can take a peek at the answer key.

Trying to get back to the puzzle page? Right here.

What did you think?